Three months road tripping around Europe barely scratched the surface of this diverse continent. We’d love to go back and spend another year or two at a much slower place and these countries would be our top destinations. Read on to discover three of the best European road trip destinations.

No wonder France is the most visited country in the world. There is so much to do, eat and see here, and driving is the most flexible way to cover everything. The absolute best thing about road tripping in France? We managed to free camp for all ten days that we were visiting.

Free camping = more money to spend on cheese, admission fees, wine and….more cheese. You know, to go with the wine and other cheese.

There are hundreds (thousands?!) of aires de service in France – basically, rest stops for motorhomes/RVs. Some do charge, but most are completely free.

Read next: How to Camp for Free in France

Diversity of landscapes and things to do in France

Aside from having more money to spend, the aires enabled us to spend far less time thinking about where we were going to camp each night. Instead, we spent our days exploring castles, cathedrals, picturesque villages, wineries, war memorials/museums, cheese festivals and corn mazes.

All the while admiring the beautiful French countryside from north to south coast. We travelled a straight line through the country, just seeing what we happened to come across and that included mountains, valleys, canyons and coast, as well as endless fields of sunflowers.

We think that France is the ultimate destination for road tripping, while it is big enough to have tons of variety and a fair amount of distance to explore, the free camping opportunities seal the deal for us.

Another major plus point is that despite visiting in the height of the summer season, we only experienced crowds at the major attractions (Mont St Michel, Bayeux Tapestry et al). We found lots of quiet spots, and of course, had no trouble finding somewhere free to park every night. Vive la France!

We were pleasantly surprised by Bulgaria. I’d heard that the Black Sea coast was similar to some parts of southern Spain – built up with hundreds of high rise hotels and full of Western tourists.

While this is true in some places, we still found plenty of undisturbed areas, with stunning views of empty sandy beaches and the seemingly endless Black Sea.

We managed to free camp quite often, right on the coast. There’s history too, found in the ancient coastal town of Nesebar, though it’s not easy to avoid crowds here or the views of the nearby highly developed ‘Sunny Beach’ resort.

The amount of tourism here does come with one major advantage though – lots of restaurants and cafes, with such low prices that it was cheaper to eat out than buy groceries. Really! This came as an unexpected bonus and really made us feel like we were on holiday like everyone else!

Off the beaten track

We spent some time inland too, visiting the charming city of Veliko Tarnovo, the well-preserved village of Medven (and nearby Sinia Vir waterfall) as well as some fascinating cave churches near the Romanian border.

We barely scratched the surface yet Bulgaria was the country in which we spent the second longest amount of time in, after France. Another major appeal for Bulgaria for us is its proximity to Romania, another country with plenty to explore, low prices and lots of free camping opportunities.

Albania was intriguing before we reached the border, and now even more so. During our short visit, we found well preserved ancient ruins, scenic mountain roads, pretty coastline and extremely friendly locals.

Sharing the roads with every type of farm animal you could imagine, we only met a handful of other visitors to the country. This enabled us to enjoy deserted beaches and explore a Venetian castle by ourselves. We stayed at campsites rather than wild/free camp, but there is definitely potential for this.

Away from the tourism side of things, Albanian life was just so different to anything we had seen elsewhere in Europe. It is certainly a country in transition, with a mix of Western luxuries (brand new BMWs and many, many petrol stations) and the remnants of the Communist era (bunkers here, there and everywhere).

One obvious negative side of this ongoing transition is a major rubbish issue, with all sorts of discarded items, including food and household items, left at the side of the road and then burnt.

Seeing this kind of thing reinforces why I prefer road trip travel; you get a fuller picture of local life, including both the good and the bad. Road trip life in Albania can be slow with lots of highway construction, impatient drivers (everyone continuously overtakes everyone else) and animals blocking the road. But it’s worth the time.

Similar to Bulgaria, the food was rustic in Albania but cheap and satisfying. When you live on the road full-time, this is honestly the best kind!

We stuffed ourselves silly with Greek salad by the beach, bought homemade honey on the mountain roads and stopped often at highway diners for traditional burek (cheese filled pastries). With great food to eat, lots to see and experience, Albania is high up on our revisit list. 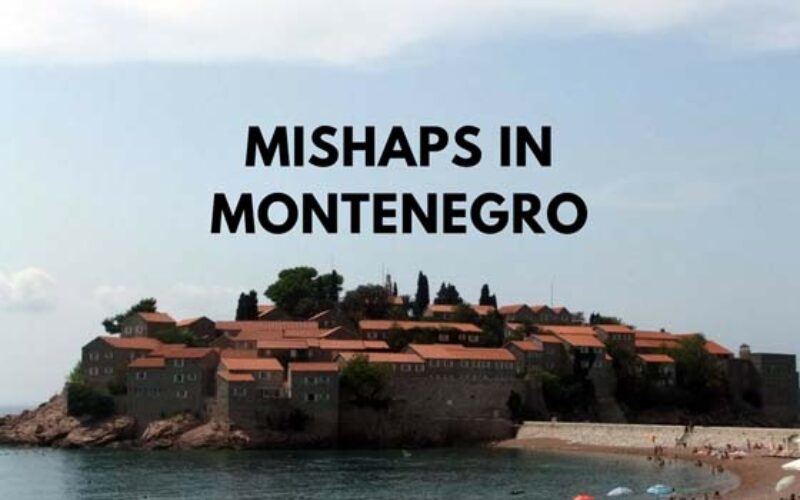 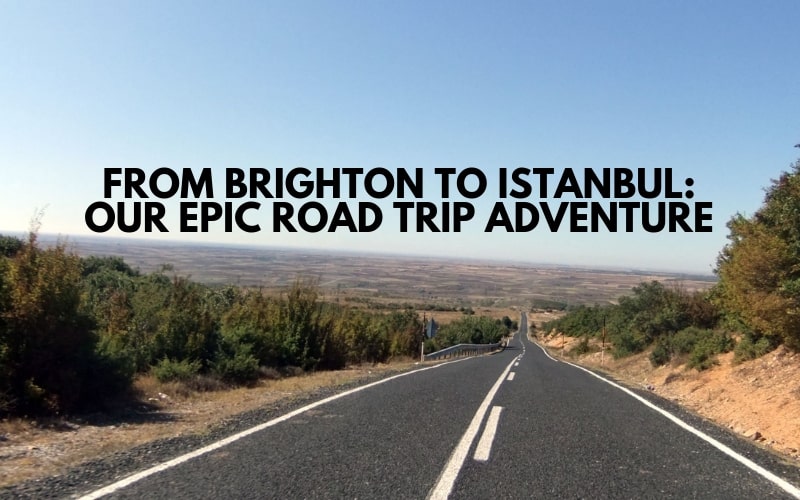 1 thought on “Three of the Best European Road Trip Destinations”