If you like day hiking, you’ll be spoiled for choice in Nova Scotia. Over seven weeks, we managed to explore several dozen beautiful short Nova Scotia hikes and backpacking trails, from coast to coast to coast.

No matter where we were though, we always seemed drawn back to the ocean. Providing an outstanding and ever-changing trail backdrop, the ocean is the deserving star of most Nova Scotia hikes.

Those who love the sea breeze will find a lot to love here, even if limited on time.

Here are six of our favourite fast and fun Nova Scotia hikes, four hours or less in length. No matter your itinerary, you probably have enough time for at least one or two. 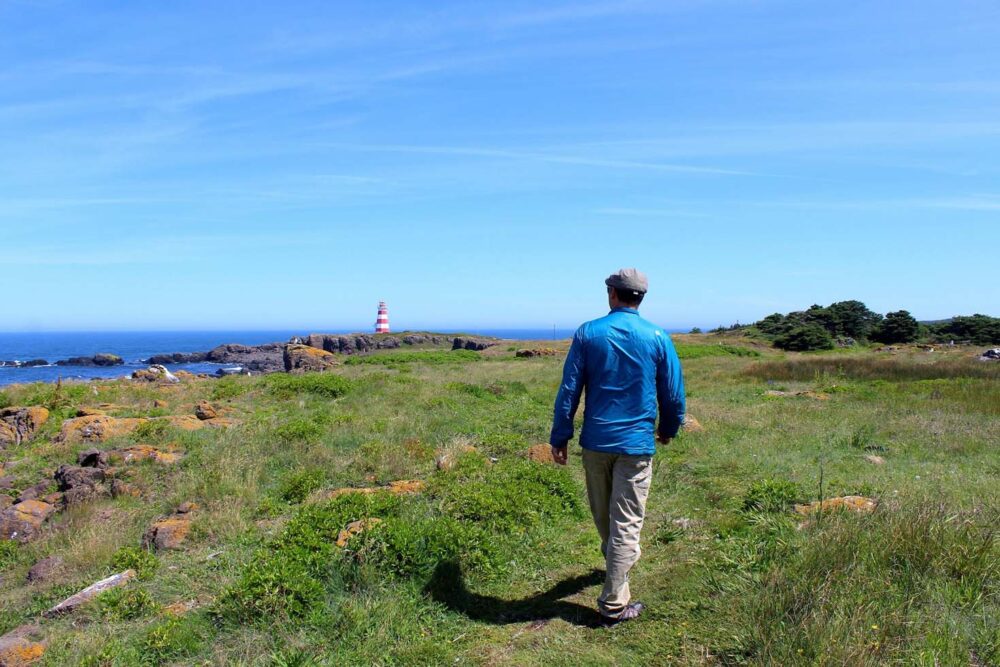 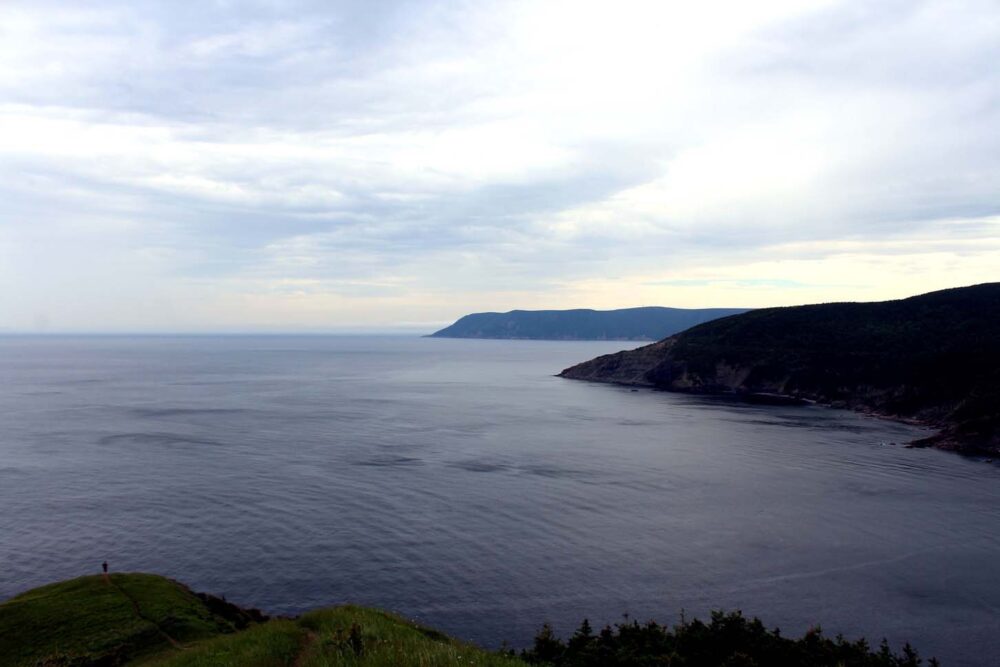 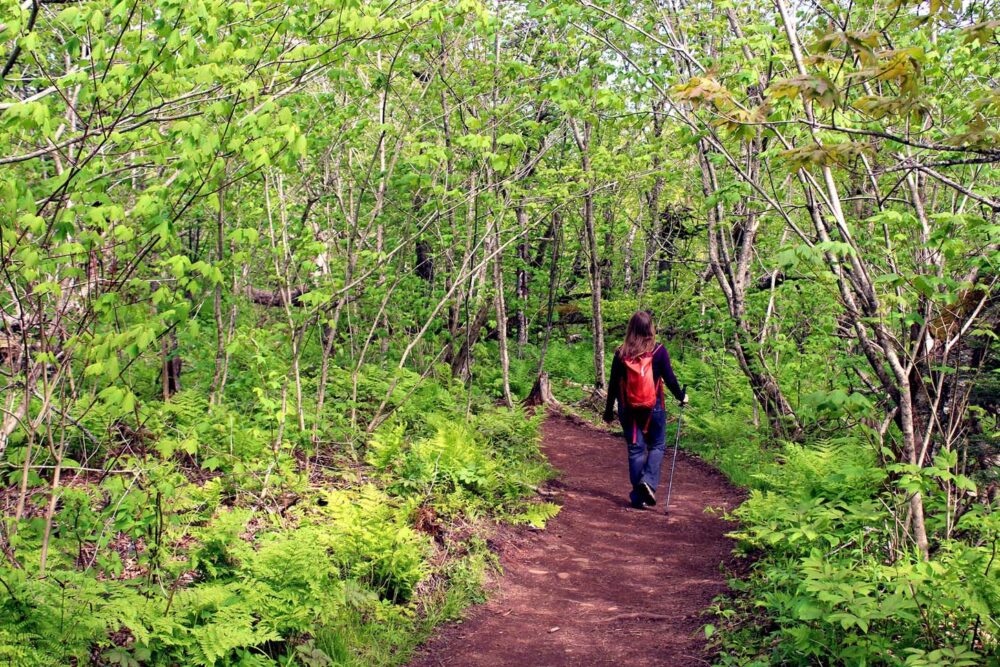 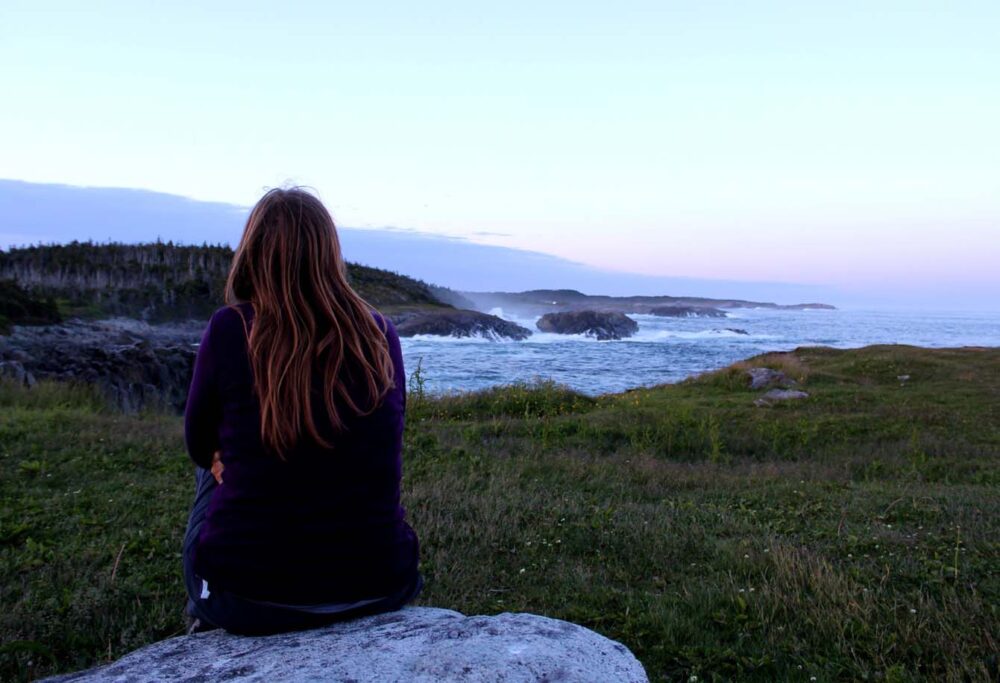 This post includes some affiliate links. If you make a qualifying purchase through one of these links, I may receive a small percentage at no extra cost to you.

A must visit for fantastic whale watching, Brier Island also offers some of the best opportunities for Nova Scotia hiking. It is actually possible to circumnavigate this tiny island on one long day hike (6-7 hours). You can also simply pick and choose sections of the rugged coastline to explore.

Much of Brier Island is composed of basalt, causing the creation of fascinating straight-sided columns along the ocean.

Two lighthouses, seal colonies and thousands of nesting birds keep watch on the ocean (and hikers!), while the bordering grasslands bloom with wildflowers.

Located 70km south of Digby, Brier Island can only be reached by two short ferries from the mainland, unless you happen to have your own boat, of course.

The Skyline Trail is a classic Nova Scotia hike, nominated by many as the number one must-do while visiting Cape Breton Island.

This reputation is deserved, with the Skyline trail delivering outstanding perspectives of the Cape Breton Highlands from what feels like the top of the world.

Most of the 6.5km return distance is unremarkable (though do watch for moose), consisting of a flat path with boardwalk sections. The pretty meadows finally give way to a headland, with the path dramatically disappearing below.

A closer look reveals intricate wooden staircases and wooden platforms, both featuring incredible vistas of the forested hills, the winding Cabot Trail and the deep, blue ocean beyond.

The Skyline Trail is located within Cape Breton Highlands National Park and, as such, National Park day use fees apply. This quintessential Nova Scotia trail can also be hiked as a loop (8.2km) – this was closed for maintenance during our visit.

In a similar manner to the Skyline Trail, the Cape Split Trail (near Wolfville) is also fairly humdrum for most of the journey.

But have patience and enjoy the swaying of the tree branches in the ocean breeze, the bright green patchwork of leaves and the occasional glimpse of the sea. The path is mostly level and the hiking quick.

Eventually, the finale comes, after almost 8km. Squawking seabirds launch themselves into the thermals as the rugged tip of the Cape dramatically falls into the Bay of Fundy.

Endless ocean panoramas abound as the wind swirls from seemingly all directions. It is breathtaking in all manner of ways. Bring a warm layer, even on a summer’s day.

Looking to book a stay in Wolfville?

There isn’t much there besides a beach, clam chowder cafe and a clifftop campground. Well, except for some of the most magnificent views in all of Nova Scotia!

The journey to Meat Cove is something of an adventure in itself, with the narrow road weaving along the crumbling coastline and eventually turning to dirt. A short forested lookout trail (2km return) winds up the hill just behind the Meat Cove campground.

Looking for a longer hike on Cape Breton? Read this next: Backpacking the Fishing Cove Trail, Nova Scotia

Nova Scotia’s Balancing Rock is one of those places that just has to be seen to be believed. A nine-metre basalt column standing in an impossibly perilous position, Balancing Rock is definitely one of the most unusual sights in the province.

The 2.5km return trail travels first through a lush forest (dotted with interpretive panels) before descending 235 stairs to the oceanside location of the impressive rock.

Aside from the intensity of those hundreds of stairs, this is an easy trail with a unique payoff.  The Balancing Rock Trail can be found on Long Island, located south of Digby.  It makes for an ideal stop on the way to Brier Island.

The ‘ovens’ referred to in this park’s name are sea caves, formed by the wave action of the relentless Atlantic Ocean. Unless you have a boat, the easiest way to see these fascinating formations is to hike the 2km return Sea Caves Trail.

Located on private land just south of Lunenburg, this clifftop hike allows visitors to peer into the deep caves below and even descend into one via a man-made staircase.

The bright orange, reds and yellows of the cave walls are startling to the eye, just as the loud crashes of the waves at the back of the cave are to the ear.

The only downside to hiking this Nova Scotia trail is the $10/per adult day use park fee. An ideal solution is to stay in the oceanside campground ($35/night), as trail access is included with the nightly fee.

With private and scenic unserviced sites, Ovens has to be one of the best campgrounds in Nova Scotia for tenters.

It was incredibly difficult to narrow this list down to six short Nova Scotia hikes. Here are some more of our favourite hikes that didn’t quite make the cut:

While we concentrated our own efforts on the Cape Chignecto’s 52km Coastal Trail, there are quite a few alternative options in the park for day hikers.

Our picks would be the Fundy Ridge Trail (5.4km return through an old growth forest and back along a rocky beach) and the Three Sisters (easy 2.2km return to see impressive sea stacks)

Further inland, enjoy a shaded walk on the Mill Falls trail (2km return) or visit some of Nova Scotia’s oldest trees on the Hemlocks and Hardwoods trail (5km loop).

Read next: Paddling into the Wilderness of Kejimkujik National Park, Nova Scotia

If the sight of these isn’t enough to distract you (keep in mind that the third is a nude beach), continue on to Pennant Point, via a challenging trail featuring plenty of large granite boulders and endless ocean vistas. We were lucky enough to spot minke whales here.

Read next: 5 of the Best Day Trips from Halifax, Nova Scotia

Ocean panoramas abound on this easy 2km loop trail near Louisbourg. Not only are the views impressive, but this hike has a historical side too.

The lighthouse at the trailhead occupies the site of the first lighthouse in Canada, built in 1734. A must stop nearby is the Fortress of Louisbourg, a living museum and partial reconstruction of a 18th century French stronghold.

The Regatta Point Walkway on the Northeast Arm offers an easy stroll along the water (2km return), with an interesting side detour to the 500kg that was thrown here during the Halifax Explosion.

A worthy extension is to the old prison building on Melville Island, now used as the clubhouse of the local yachting club.

Tell me about your favourite fun and fast Nova Scotia hikes in the comments below! 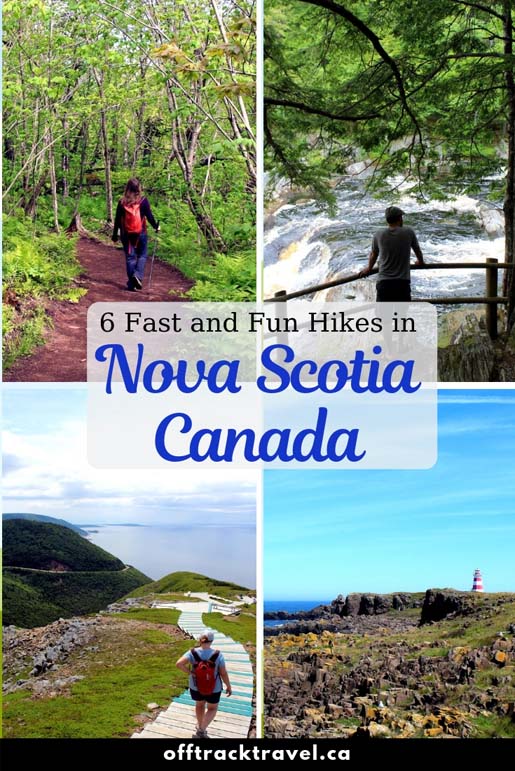 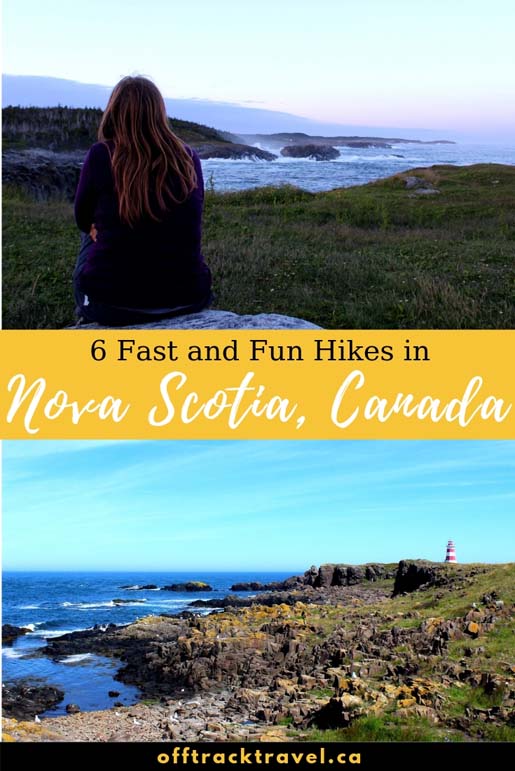 4 thoughts on “6 Fast and Fun Hikes in Nova Scotia, Canada”