Summertime in Canada (and particularly the Canada Day weekend in July) is a time when many city residents head out to the cooler surrounding countryside.

So with that in mind, we decided to head into the city of Halifax for Canada Day weekend! And we liked it so much that we ended up staying almost two weeks in and around Nova Scotia’s capital.

Here’s what we found – the best things to do in Halifax in summer!

This post includes affiliate links. If you make a qualifying purchase or booking through one of these links, I may receive a small pecentage of the sale at no extra cost to you.

Things to do in downtown Halifax

Halifax is a fun, friendly and young city. In fact, it rivals Vancouver for my favourite city in Canada. There is plenty to do during summer in Halifax, indoors and out.

Halifax has some truly excellent places to visit, many of which are located around the downtown waterfront area.

The Maritime Museum of the Atlantic

The Maritime Museum of the Atlantic is best known for its Titanic exhibit (Halifax was the closest city to where the ship sank) but the rest of the museum is just as fascinating.

The Halifax Explosion exhibit is an essential visit. On the morning of 6 December 1917, a cargo ship loaded with explosives collided with a medical relief boat, causing the biggest man-made explosion before the atom bomb. The damage to the city and the people of Halifax was catastrophic.

Further down the waterfront is Pier 21, the entry point for over a million immigrants to Canada between the years of 1928 and 1971. The building is now the Canadian Museum of Immigration.

The fantastic main exhibit demonstrates the arrival process for so many new Canadians at Pier 21 with interactive displays, replica waiting rooms, luggage areas and even a train.

Strolling Halifax’s waterfront boardwalk is a must. Stroll alongside restaurants, art displays, buskers, heritage boats and historical monuments, all backdropped by the beautiful deep harbour.

There are also some wonderful places to chill and soak up the sun. Find the oversized hammocks or one of the colourful Adirondack chairs overlooking the water. Perfect for celebrating summer in Halifax!

Keeping watch over the city is Citadel Hill, where there has been British fortifications since 1749. Now a National Historic Site of Canada, the current Citadel has been restored to its Victorian appearance.

Costumed interpreters and exhibits explain the role of the Citadel in Halifax’s history. There is also a ceremonial firing of the artillery gun every day at noon.

To try some local food and drink, head to Halifax Seaport Farmers’ Market. It is open daily and features Nova Scotia vendors selling everything from fresh strawberries and vegetables to handmade cheese, spirits and jewellery.

Another fun place to go is the Alexander Keith’s Brewery Tour. In addition to generous portions of classic and experimental beers, you get to join a joyous ceilidh in the Brewery’s cellar bar.

We were a little dubious at first, thinking that it seemed quite expensive for “just a brewery tour.” As it turns out, it’s a lot more than that!

Things to do outdoors in Halifax

Located by the Atlantic Ocean, Halifax is a naturally beautiful city from any angle. There are many ways to enjoy and explore the outdoors while visiting Halifax in summer. Here are a few places we enjoyed visiting:

Close to downtown and crisscrossed by a fairly extensive collection of trails, this 75-hectare park is primarily wooded but also features a supervised beach. Most interestingly, the park is dotted with preserved British fortifications. The biggest is the Prince of Wales Martello Tower, built in 1796

The Regatta Point Walkway is an interesting and scenic short walk along Melville Cove just outside of downtown. Along the route is a half-ton piece of anchor shaft, hurled almost 4km to here from the 1917 Halifax Explosion.

For more fascinating sights, continue your walk along Purcells Cove Road and have a look at the old prison on Melville Island. Further still is Deadman’s Island, home to a park and historical gravesite

The easiest way to cool off during summer in Halifax is to visit one of the local freshwater lakes. Chocolate Lake is small but super straightforward to reach via public transport.

If you have your own wheels and want to visit somewhere bigger, check out Long Lake Provincial Park on North West Arm Drive

A great way to get another perspective of the city is to take a kayak tour. Halifax’s history owes much to the deep harbour where it sits, so getting out on the water is not only fun but interesting too. Click here to book a morning kayak tour with Urban Adventures Canada

Where to eat in downtown Halifax

Halifax’s waterfront has a surprising amount of solid restaurant options, especially in summer. Prices do tend to be a little higher than elsewhere but, in general, the quality of the food and service is relatively high too.

We had dinner at the Bicycle Thief, a relaxed Italian restaurant with a twist. The boardwalk location was, of course, superb and the extensive cocktail menu (it was a hot day) much appreciated!

Away from the waterfront, we ate mostly on Arygle and Barrington Streets. Our favourite dining experience in this area had to be at Chives Canadian Bistro.

In addition to spectacular seafood dishes, we were treated to warm scones with molasses as an amuse bouche. It’s hard to explain how good this simple dish was!

We also tried Chives’ partner restaurant, 2 Doors Down (yep, you’ve guessed it, just next door). A little more casual, but still offering so many of the interesting seasonal touches we found at Chives.

Things to do close to Halifax

Sometimes, the summer heat can get just a little too much and it’s time to get out of town! We found some great places within 45 minutes drive of the city, perfect for any summer trip to Halifax.

Recommended to us by a number of Haligonians, Crystal Crescent is a little oasis a short 30km drive away from downtown Halifax. The park includes three beautiful and fairly sheltered sandy beaches, all easily accessible via boardwalk.

A hiking trail leads away along the coast after the third beach (just a heads up, this one is also quite popular with nudists).

Read more: 13 of the Best Beaches in Nova Scotia, Canada

Peggy’s Cove is the classic summer in Halifax day trip. For this reason, it’s a very busy place in summer and I’d highly recommend going early (before 9am) or late (after 6pm) if you prefer not to dodge tour buses.

At the end of the colourful fishing community of Peggy’s Cove is the iconic white and red lighthouse, perched on huge glacier-carved granite rocks. The unusual coastal scenery (think giant boulders in the middle of fields) approaching the cove is fascinating.

For a day trip away from the beaten path, head east from downtown Halifax instead of west. Nova Scotia’s Eastern Shore featured windswept beaches, quiet coastal roads and too many working fishing villages to count.

The top activity here is surfing, with lessons and rentals available on the long sandy stretch of Lawrencetown Beach.

For more great options, check out 5 of the Best Day Trips from Halifax, Nova Scotia

Things to do in Halifax on Canada Day

July 1st is Canada’s birthday and a statutory holiday in every province. The long weekend also marks the start of the busy summer vacation season.

Traditional celebrations include community pancake breakfasts, parades, music, parties and fireworks. Halifax is no exception, with many community events happening throughout the weekend.

During our visit, the official city day-time Canada Day celebrations were held at the Halifax Citadel. As well as performances, bands and military demonstrations, there was also free cake.

The Citadel had free admission for all, a promotion also offered by the Maritime Museum, Pier 21 and the Natural History Museum.

It is a tradition for the Halifax Regional Municipality to put on a music concert on Canada Day. The location changes but during our visit, it was at Alderney Landing in Dartmouth (just across the harbour from Halifax).

The show is completely free and is suitable for all ages. We also found a free music show in the beautiful Halifax Public Gardens.

A Halifax tradition for almost 40 years, the Royal Nova Scotia Military International Tattoo runs for nine days from late June to early July. The main attraction is a three-hour evening show filled with music, dancing and plenty of kilts.

We saw a free military tattoo show at the Halifax Citadel on the Friday at the start of the long weekend as well as Canada Day itself.

A four-day celebration of everything pork, Ribfest has been a mainstay of Canada Day in Halifax in recent years.

Five competing teams of ‘ribbers’ serve up barbeque delights from lunchtime to sundown on Halifax’s waterfront. As a non-meat eater, it’s not quite my cup of tea but it’s quite a spectacle to see. There’s live music too.

As in many towns and cities across Canada, there are Canada Day fireworks in Halifax. Easily seen from multiple areas around Halifax (including the waterfront), we watched the spectacular 10pm show from the Citadel grounds.

After the fireworks ended, the crowd started an impromptu ‘Oh Canada’ singalong!

Big thanks to Discover Halifax for assisting with our summer visit to Halifax, Nova Scotia 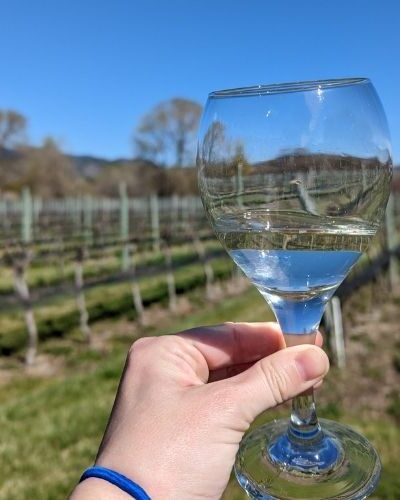