Mountains, forests and a whole lot of cold. That’s what I was expecting when we moved to British Columbia seven years ago. Turns out that Canada had a few surprises up its sleeve. I had already got a hint that my imagined idea of Canada was a little wrong after a visit to Quebec and New Brunswick a few years before. But, really, I had no idea.

This post includes affiliate links. If you make a qualifying purchase through one of these, I may receive a small percentage at no extra cost to you.

“It’s so cold! But you must be used to that, living in Canada right?” Actually, no. There’s this whole magical section on the West Coast, around 2% of Canada’s total forest area, that is actually temperate coastal rainforest.

It’s mild and wet in the winter rather than dry and freezing cold. And some places within this rainforest really are very wet.

Henderson Lake on Vancouver Island actually holds the title of North America’s wettest place, receiving 665cm of rain every year. Douglas fir and Sitka spruce are tree species which thrive in this wet and warm climate.

I knew about the Redwoods in California but I didn’t know that Canada had their own record-breaking version. One highlight was walking amongst the giant trees in Carmanah Walbran, a wonderfully overgrown Provincial Park near Vancouver Island’s West Coast.

Read next: Walking amongst the giants in Carmanah Walbran Provincial Park 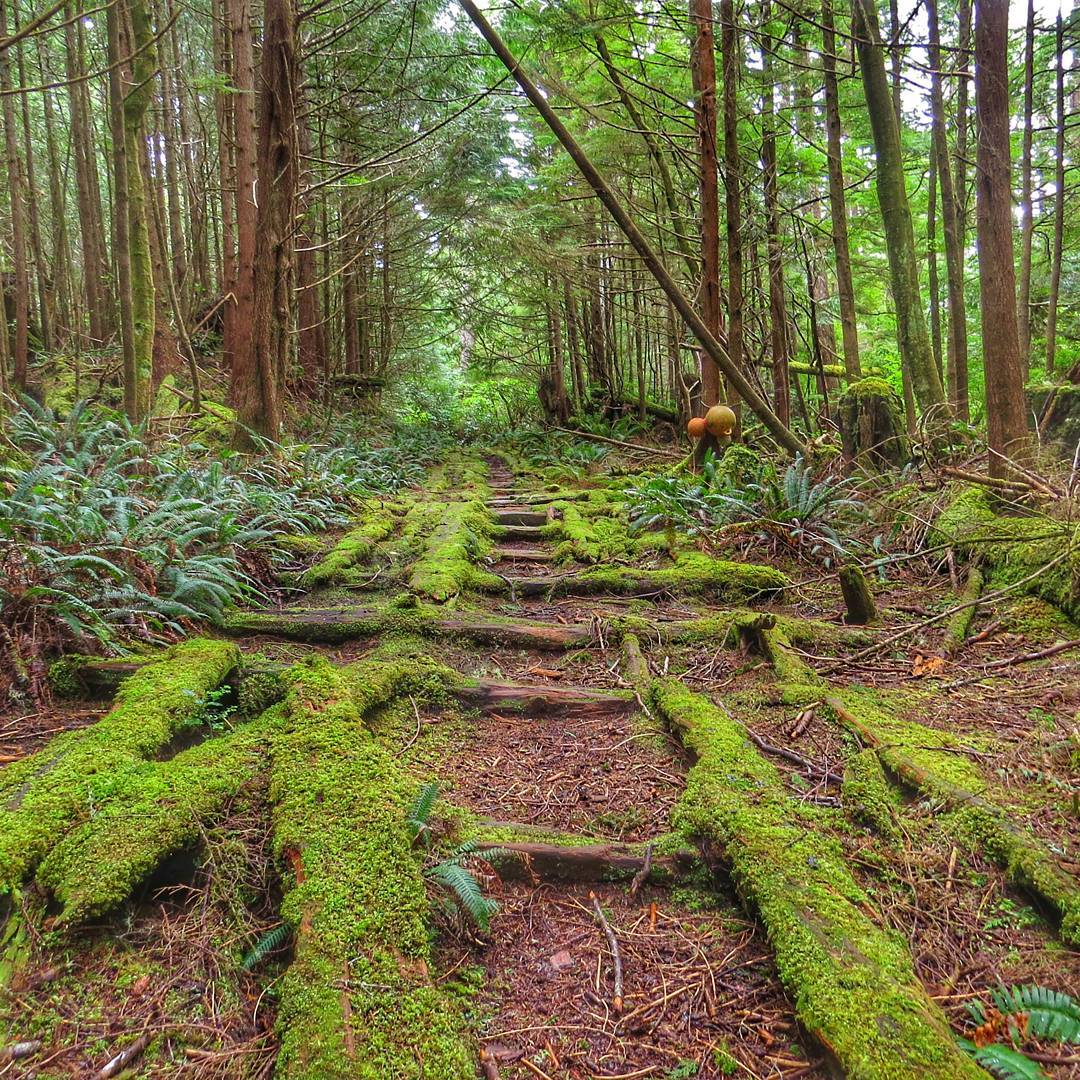 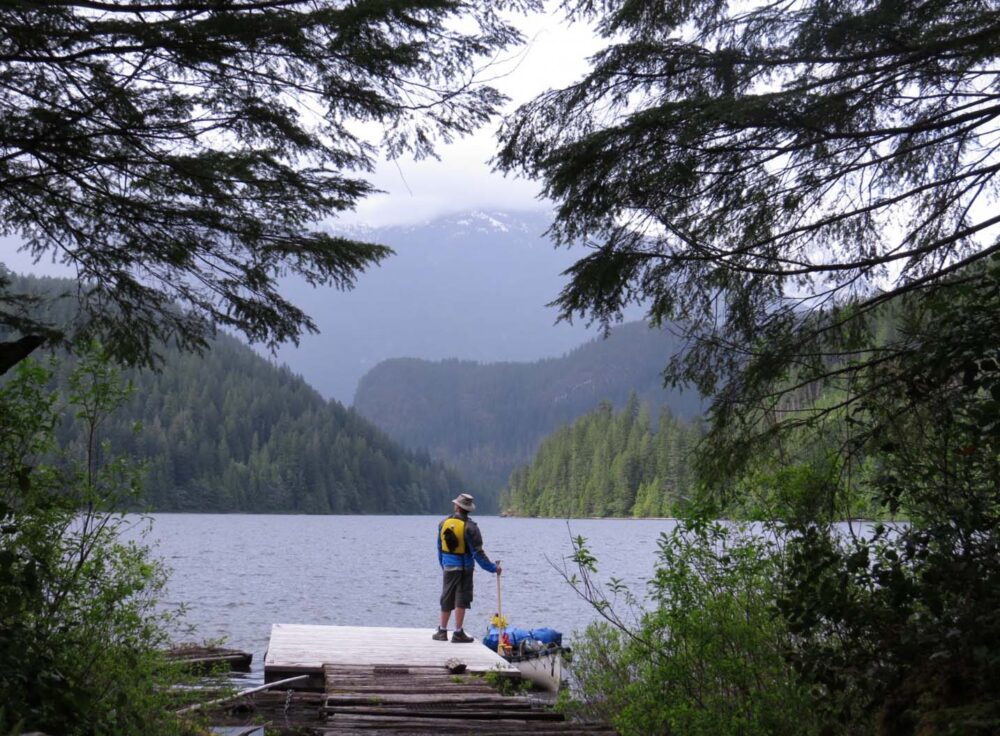 Driving towards the small town of Carcross in the Yukon, the idea of seeing a desert was probably the furthest thing from my mind. The Yukon is known for rugged, empty wilderness. Yet here was a desert.

OK, technically it isn’t a desert per se, but rather sand dunes created by the wind. But it’s dry, there’s sand and for all intents and purposes, it looks like a desert.

Receiving less than five centimetres of rain each year, the Carcross Desert is often considered the smallest desert in the world at one square mile in size. Whatever it is, I think it’s awesome. Walking around barefoot on sand dunes was the last thing I expected in Canada’s Yukon.

Looking to book a stay in Carcross? 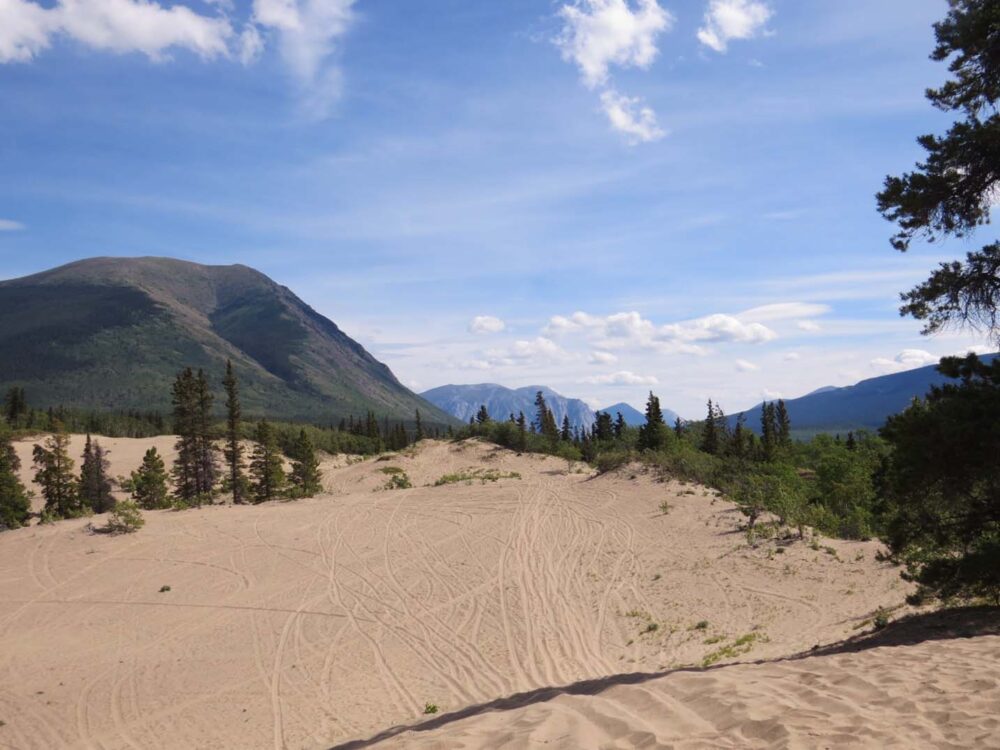 History was just not something that immediately sprung to mind when thinking about Great White North. The longer we live in Canada the more history I learn, but my favourite place so far has to be Dawson City.

Paddling the Yukon River river from Whitehorse, we discovered shipwrecks, old trapper’s cabins, an abandoned trading post (Fort Selkirk) and more. It was fascinating to see these relatively young human-built structures, already obsolete and slowly being reclaimed by nature.

We were following in the footsteps of the miners of the Klondike Gold Rush of 1896-99 and our experience continued in Dawson City. Our destination felt almost like a living museum.

In the midst of panning for gold and playing for gold in Canada’s oldest casino, we were able to attend a First Nation gathering a little down river. I never expected to have this experience.

Looking to book a stay in Dawson City?

Read next: 34 Interesting Things to do in Dawson City, Yukon Territory 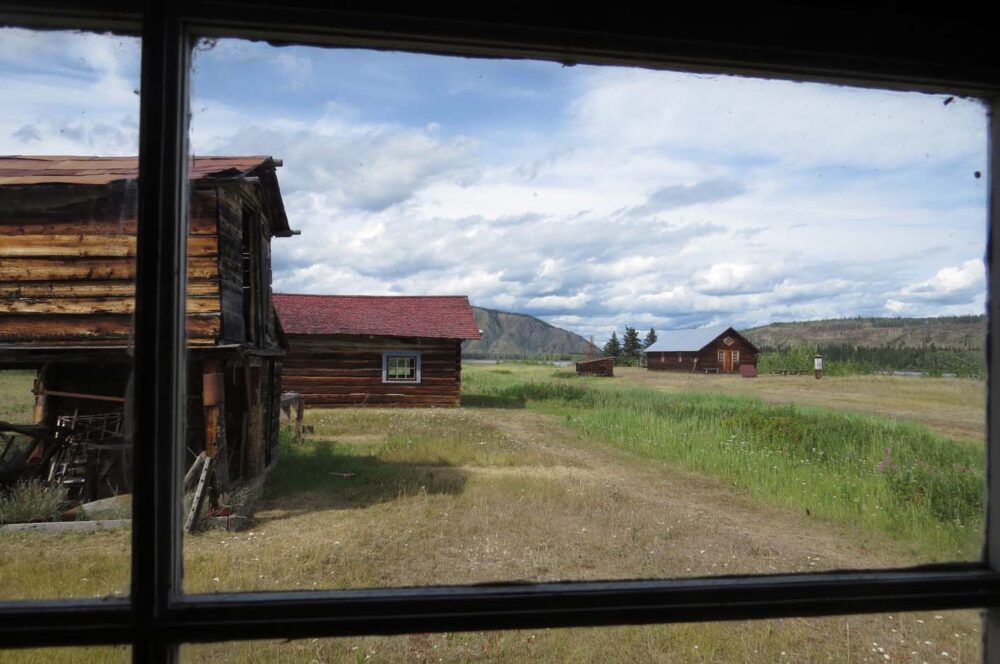 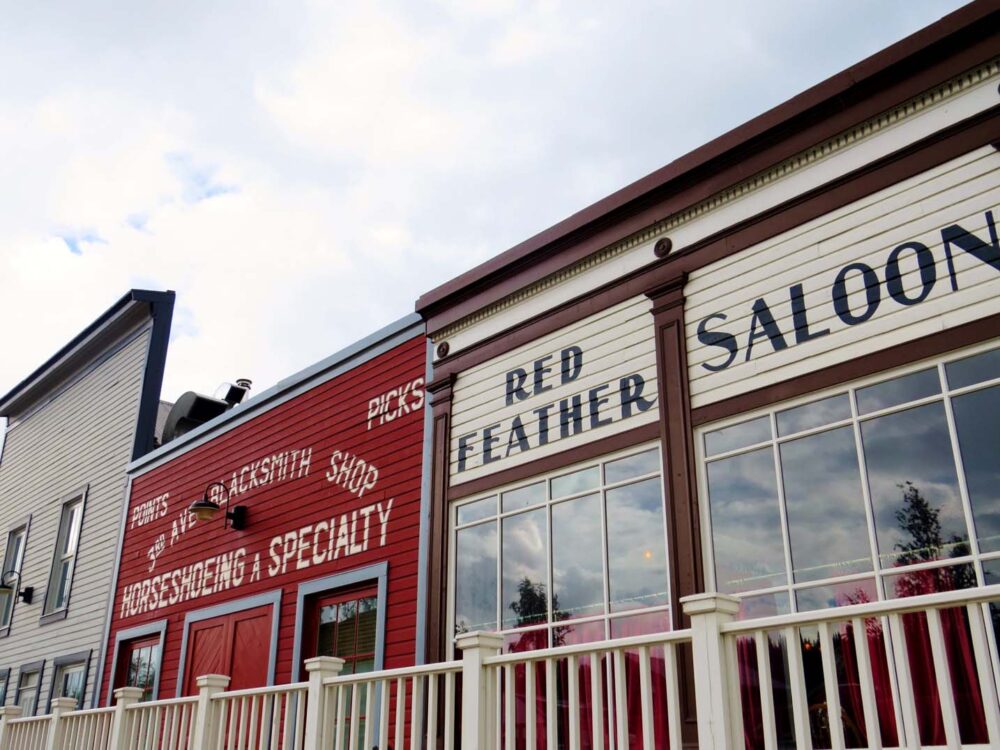 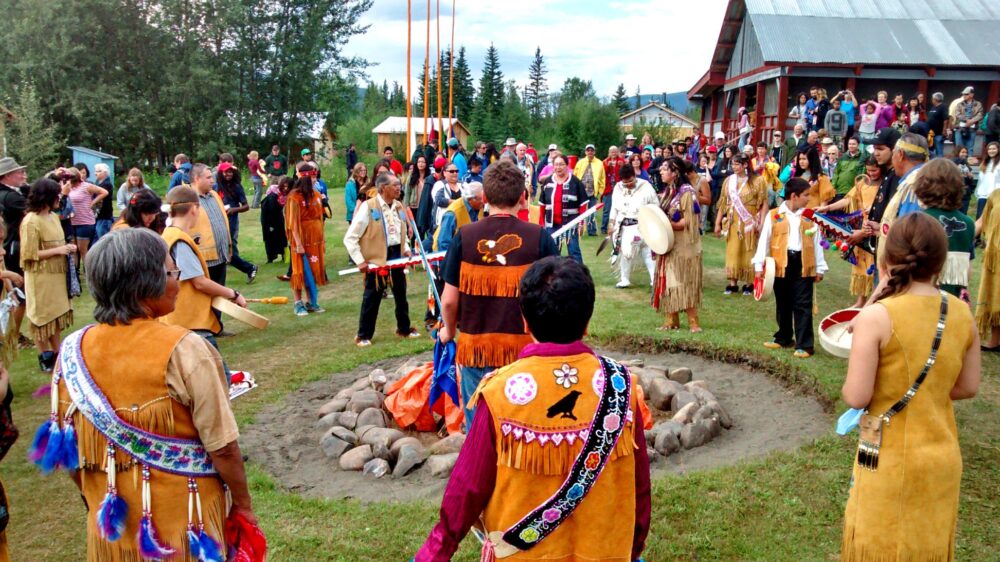 This is a bit of an embarrassing one. I sincerely apologise to all Francophone Canadians. And that does, unfortunately, include my very own boyfriend Jean Robert.

Before visiting Canada for the first time at 21, I hadn’t really grasped the concept that Francophone Canadians spoke French…all the time. And didn’t all live in Quebec either.

Yes, I know – I’m sorry! Travelling to Northeastern New Brunswick to meet JR’s family for the first time, I quickly discovered that the whole Acadian Peninsula, plus a few hours in each direction, spoke French all day, every day.

Nowadays I am attempting to learn French while trying to spread the word that not all Francophone Canadians live in Quebec. And how, y’know, they really do speak French. 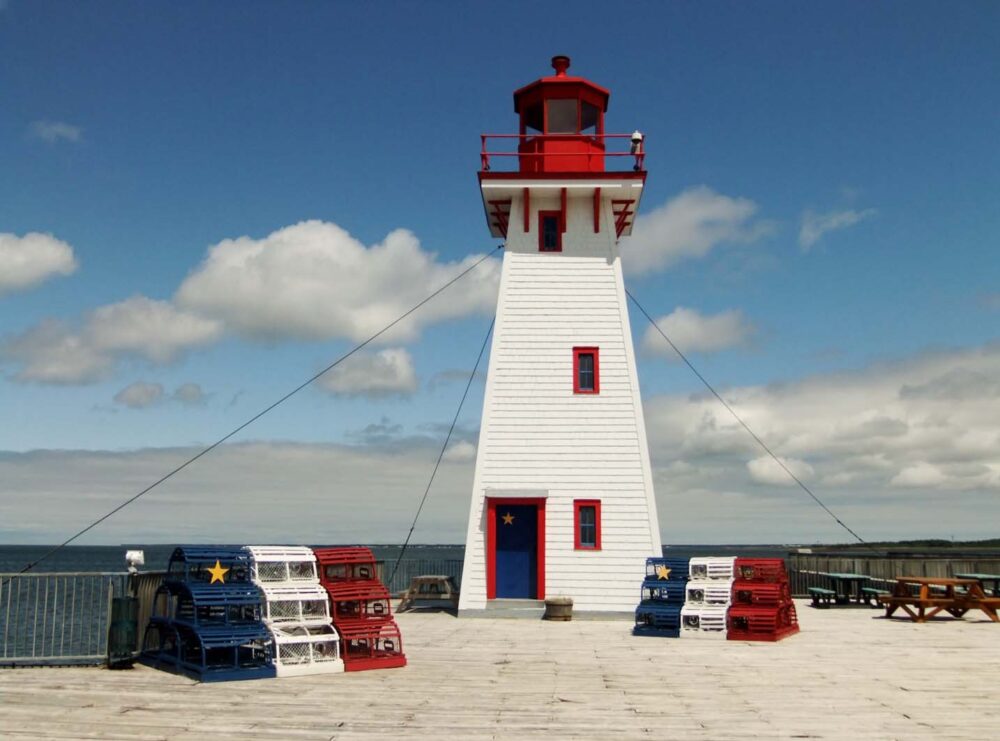 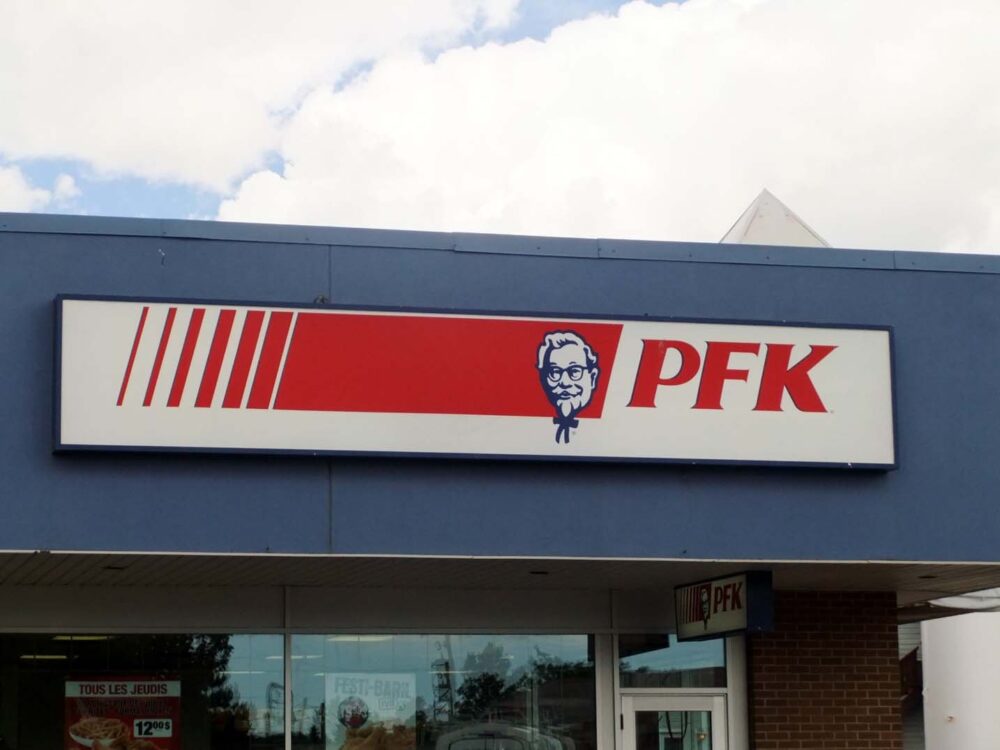 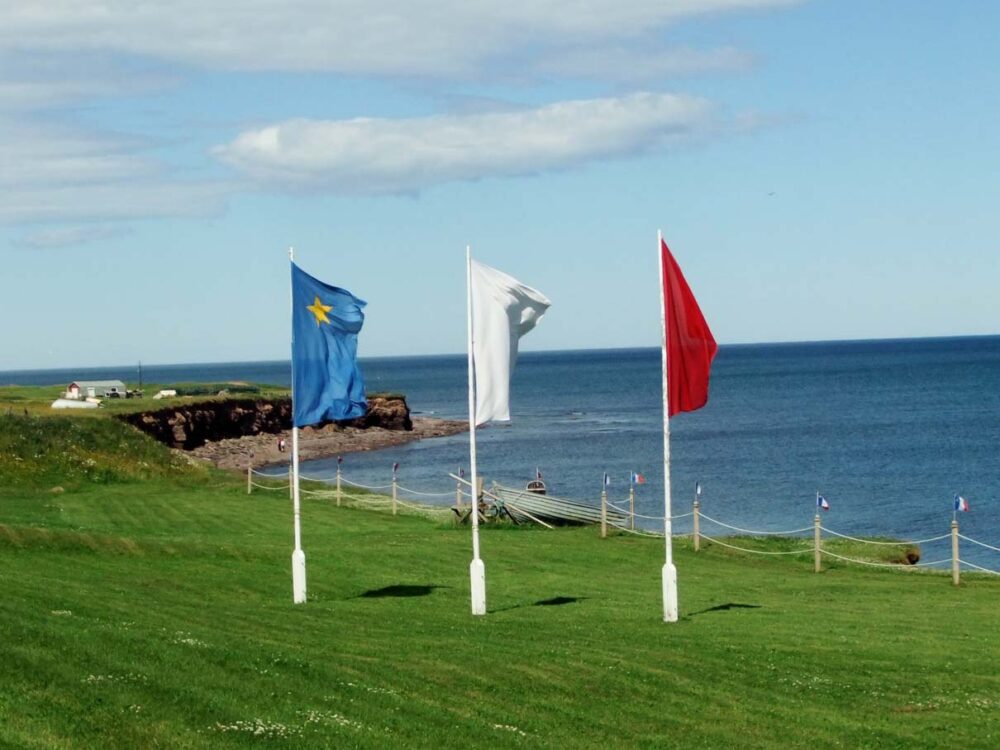 For being a country usually associated with polar bears, igloos and ice skating, Canada has some mighty fine beaches out there! Yes, I expected Canadian mountains.

But I would not have guessed I would be viewing them from such stunning beaches. From rugged and rocky to sand that squeaks your feet, I love Canada’s beaches.

On the same lines, the scuba-diving is supposedly pretty good too. Jacques Cousteau, the famed oceanographer, was said to have rated British Columbia’s coastal waters as the best temperate diving in the world after the Red Sea. Seriously!

Read next: 13 of the Best Beaches in Nova Scotia, Canada 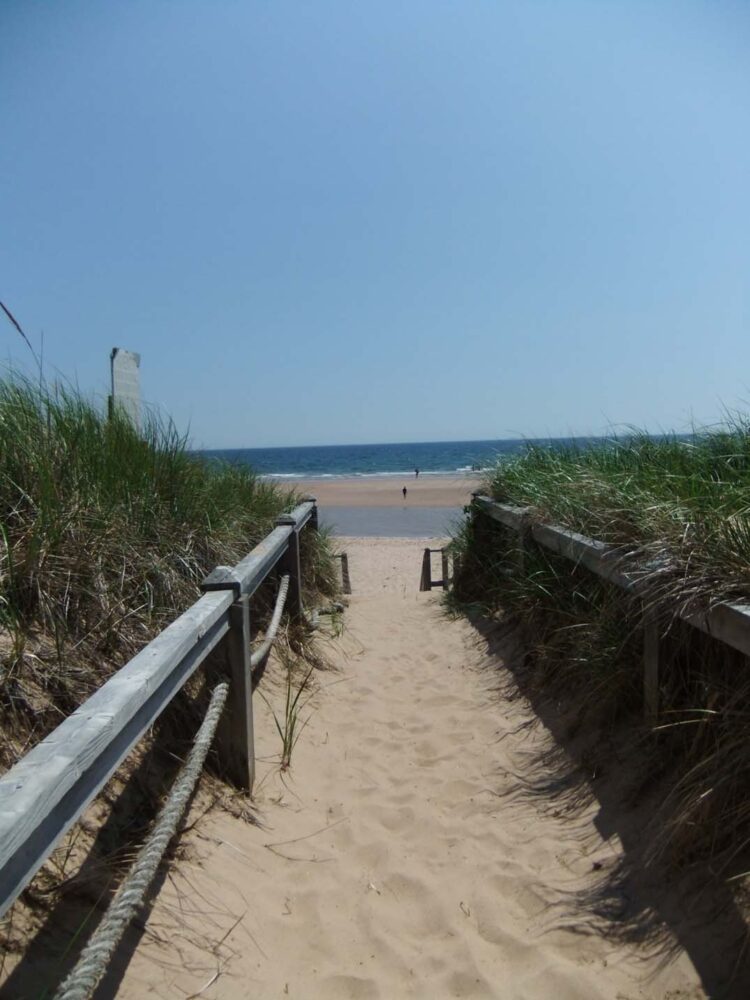 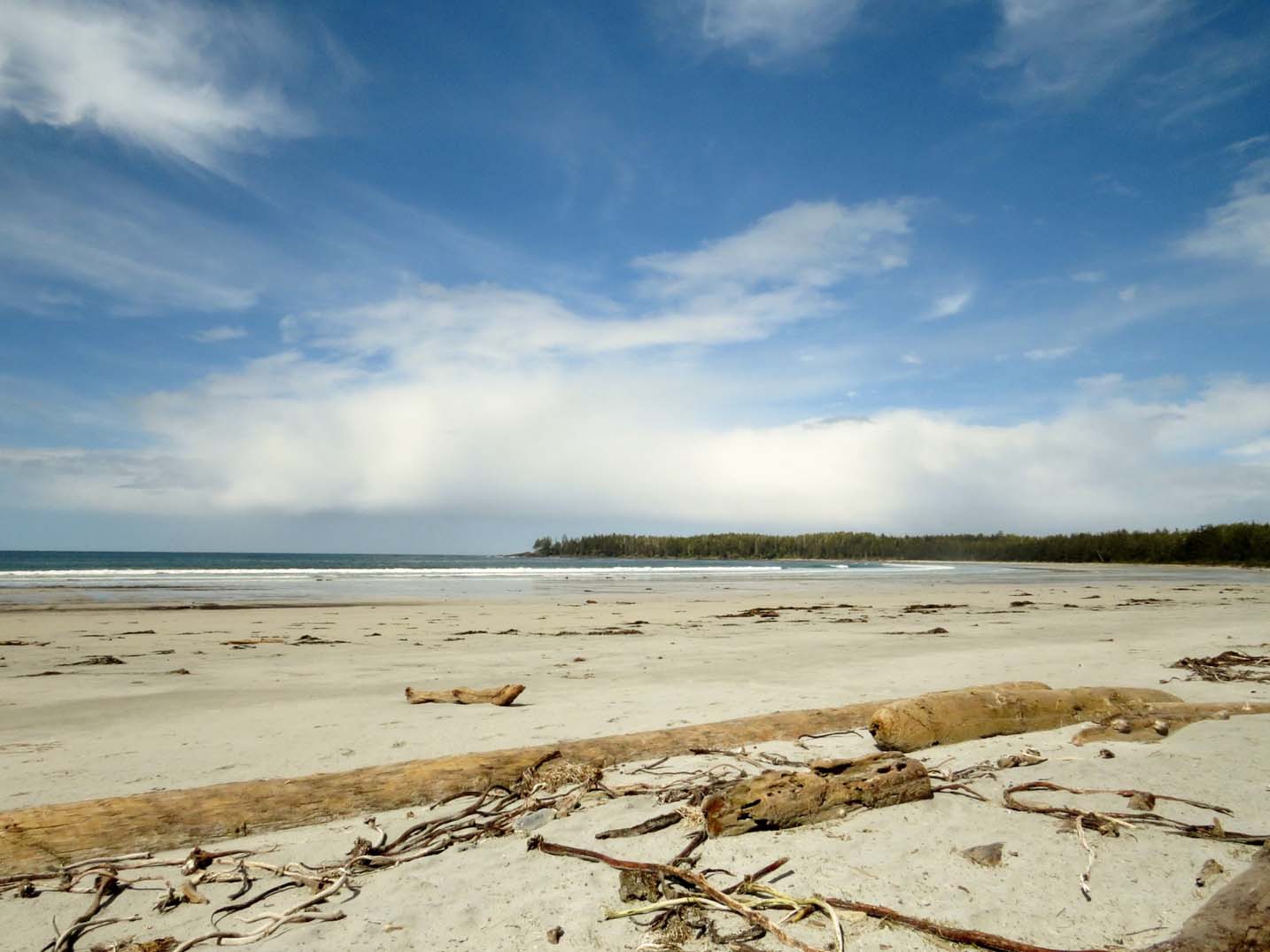 Driving north from mild and wet coastal Vancouver, you’ll reach Whistler, home of some of the best skiing and snowboarding in the world. Keep driving and another couple of hours later, you’re in a whole other word.

There’s a whole swath of BC’s interior which experiences extremely hot temperate in summer and a remarkably arid landscape.

Near the US border, the Okanagan Desert (another desert that isn’t quite a ‘real’ desert) looks similar to parts of the Mojave desert, with its shrub-steppe ecology. Wineries flourish here, alongside lake holidays.

Read next: A Walking Wine Tour of the Naramata Bench

There’s just something about island life. Vancouver Island (often incorrectly referred to as Victoria Island) is the largest Pacific Island east of New Zealand. We lived here for two and a half years, snowboarding in winter and canoeing in summer.

Island hopping is usually associated with exotic destinations such as Hawaii or Fiji, but did you know that you can island hop on Canada’s West Coast too?

Between Vancouver Island and the mainland are seemingly hundreds of smaller islands, each with their own character and beauty (as well as some pretty awesome beaches!)

Further north, the archipelago of Haida Gwaii has a strong First Nation presence, with half of the residents identifying as Haida.

The ferry costs may not be cheap, but I loved every one of my island hopping trips to Cortes, Quadra, Cormorant Island (Alert Bay), Denman, Hornby, Gabriola and Salt Spring!  Alternatively, buy your own transportation and paddle yourself as we did to beautiful Sandy Island and Newcastle Island. 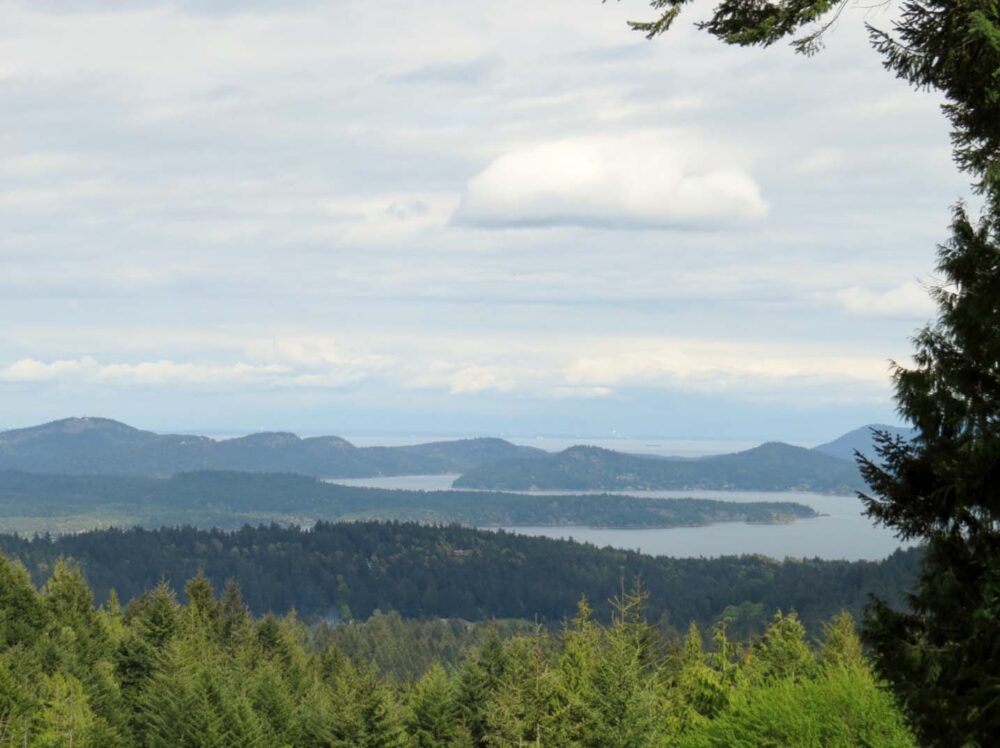 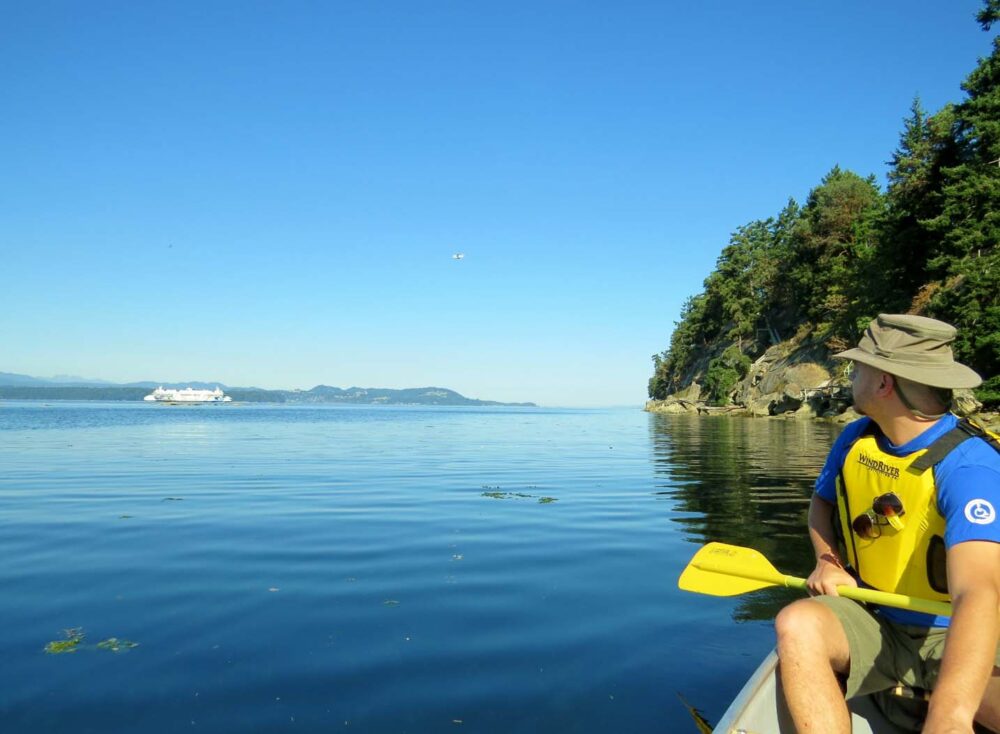 Were you surprised by any of the places and experiences listed? Seven years on we’re still finding surprising destinations in Canada! 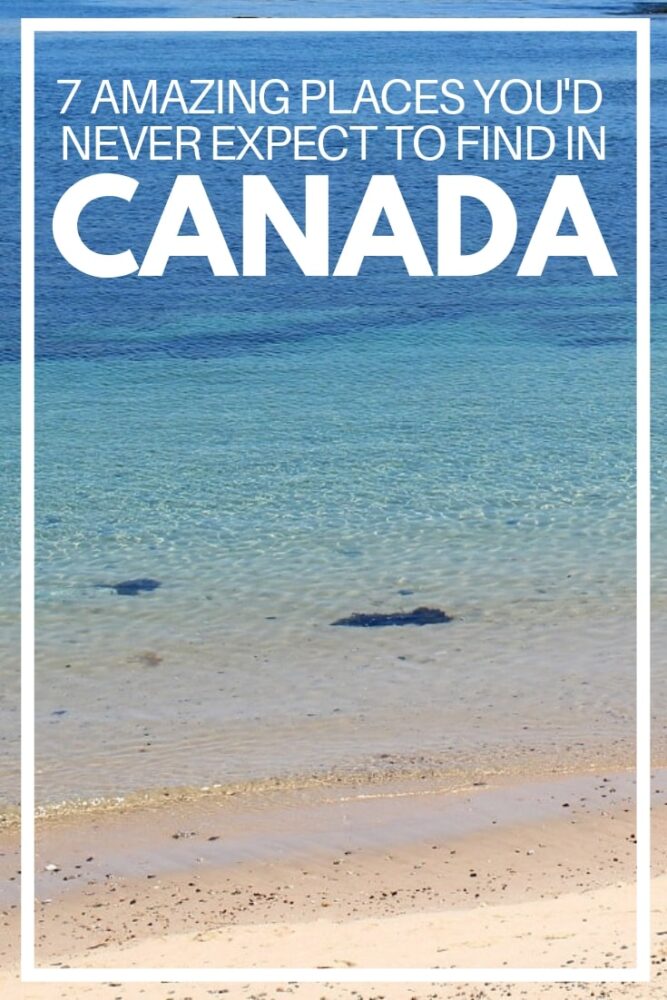 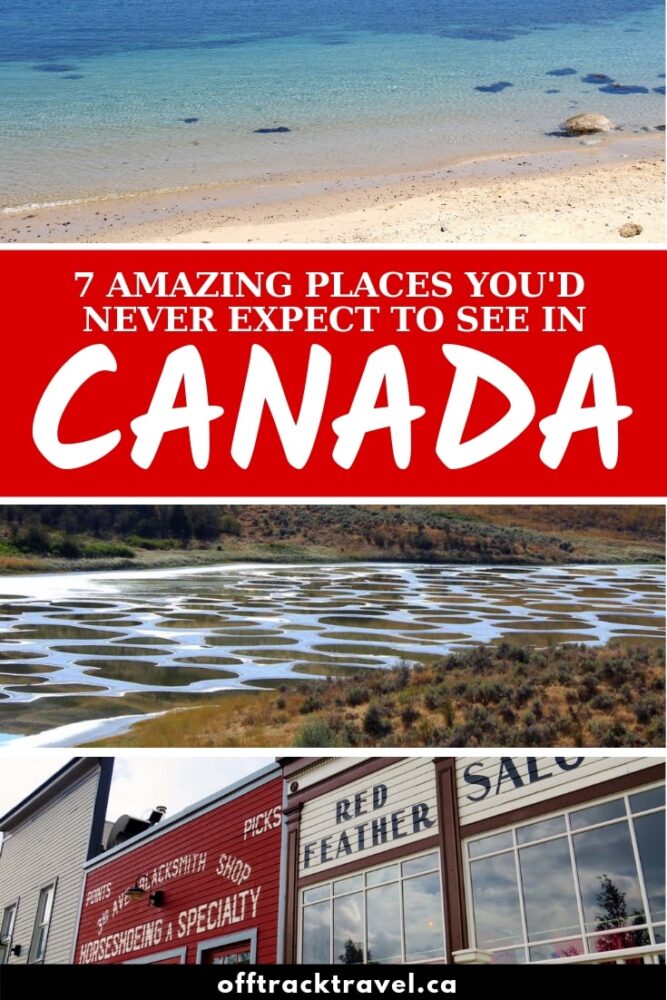 Where to Find Big Trees on Vancouver Island, British Columbia