Travel isn’t always just sunshine, swimming and summit photos. Bad things can happen while travelling too, and we experienced this for the first time a couple of years ago. The experience left us with not much more than the clothes on our back.

This is the story of how we had everything robbed in Italy, on our second day in the country. At the end, I’ll also share some tips to hopefully prevent you from having same awful experience.

Our flight from Reykjavik (via London) got into Rome Fiumicino a little late. Immigration was chaos, so by the time we got through to the rental car area, it was already 10.30pm. Lucky we had booked a place to stay very close to the airport.

Renting the car was straightforward, although we had to sign off on a little disclaimer that drivers needed to be especially careful about leaving luggage in their vehicle in the high-risk area of Palermo. Well, we weren’t going there, so no problem. So we thought.

After leaving our cute B&B in the outskirts of Fiumicino the next morning, we decided to do a few errands before leaving the area. In a few days time, it would be the International Workers Day holiday and it was likely that a lot of shops would soon be closed for it.

We had a bad experience during our UK to Turkey road trip a few years back when almost everything was shut in Italy for a week due to the Assumption Day holiday.

Buying food was a necessity as we were heading to stay in a rented castle for a week (self-catered). We also needed basics like toothpaste and shampoo since we had flown to Italy with hand luggage.

The initial wonder of Auchan

Driving around and around the many roundabouts of Fiumicino, we were almost about to give up hope of finding a large grocery store. And then we spotted Auchan.

Auchan, for the uninitiated, is a huge supermarket (a hypermarket even!) selling food, clothes and household accessories. The food was the important bit for us. Aisles and aisles of olive oil, balsamic vinegar, prosecco, cheese, dried meat and freshly baked bread.

It was incredible (though admittedly not quite as good as a proper Italian farmers market). We went a little crazy. Leaving Auchan with five bulging bags of our favourite Italian food and drinks, we were excited about the lunch we would compile from our fresh groceries. Our food high didn’t last long. 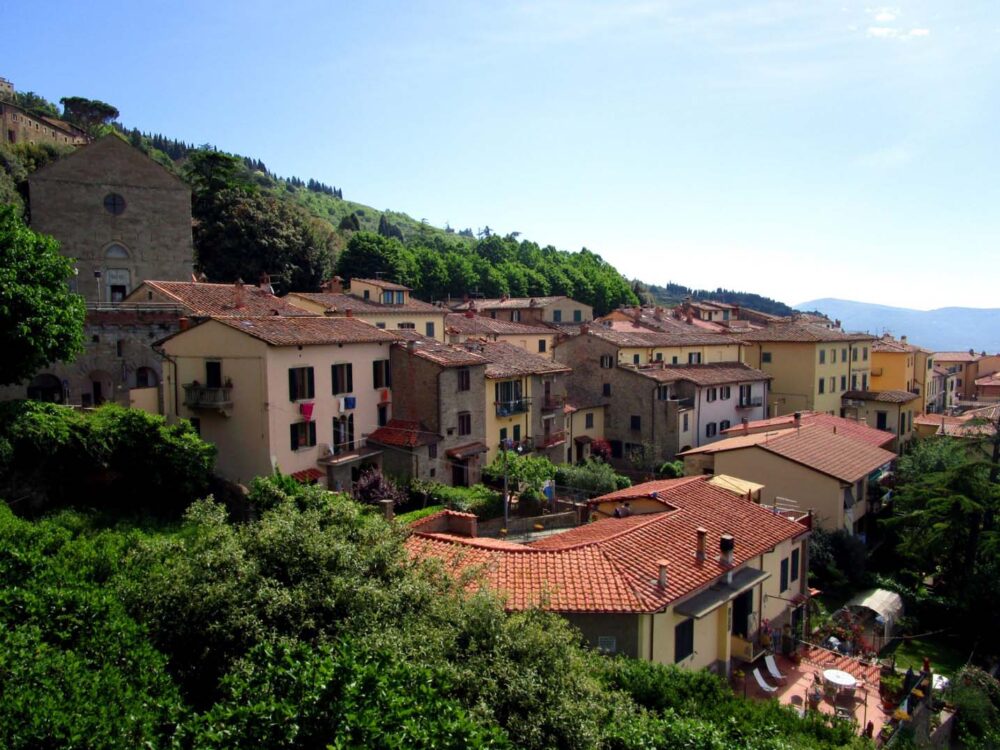 Arriving at the car, JR opened the boot to put the groceries in. It was completely empty. The two backpacks that had been sat there only an hour before, had disappeared. The clean interior of the rental car made the realisation even starker.

Checking the front of the car, there were just a few items of clothing thrown around the seats. Whirling around, we looked around in a panic to see if the offenders were still around. They, of course, were long gone.

We split up and looked around the car park to see if our backpacks had been dumped nearby. It wouldn’t be much consolation to have the bags back, but at least it would be something.

With no luck finding any sign of our backpacks, the shock finally wore off and I burst into tears. There are people out there who are strong and stoic in these situations (such as JR), but I personally just felt so sad and defeated.

To be right at the start of a trip and go from such a high (a stopover in Iceland! Arriving in Italy! Finding Auchan!) to such a terrible low was incredibly upsetting. The tone of our long-awaited Europe trip had changed so much, so quickly.

Evaluating our losses, we discovered we had lost our camera, laptop, JR’s driving license, my wallet, my mobile phone, 80% of our clothes, gifts and all of our printed travel plans.

Thankfully, we both had carried our passports on us so luckily had averted a potentially huge problem. The biggest kick in the teeth was losing the camera since it had all of our unsaved Canadian Rockies and Iceland photos on it.

The rest of the afternoon was a bit of a blur, though it felt painfully slow at the time. The security at Auchan wouldn’t help us without the police involved. After a slightly confusing drive around town, we finally found the police who said they couldn’t do much other than complete a police report.

By this point, we really just wanted to leave Fiumicino and put the experience behind us, literally and figuratively. Increasingly deflated by the minute, we couldn’t leave quite yet as we needed to find somewhere to go online.

I had to cancel my credit cards, find the address of our next destination and also let them know we would be much later than planned. So many things to do after an action that only took a few minutes at the most.

Read next: Our First Airbnb Experience in Tuscany and Rome, Italy

Making the most of our time in Italy

We eventually made it to our AirBnB accommodation at 8.30pm. Our journey had been further delayed by several stops to get essentials like toothbrushes and underwear.

Finding clothes to buy proved to be difficult. Everything we did find was incredibly expensive and we figured we weren’t that desperate. Yet!

Our AirBnB cottage, high in the Tuscan hills, lived up to its dreamy listing (never used AirBnB? Use this link to sign up and get $50 credit!).

Sadly, we weren’t able to enjoy it the way we had planned since it was almost dark and the vegetarian restaurant on site was already fully booked. The one good thing? We had a lot of great food to eat and wine to drink!

The next day, we tried to put it behind us. We found some more reasonable clothes stores in Perugia and then shortly after, we arrived at our rented 14th-century castle in Umbria.

Staying in such an amazing converted castle with friends and plenty of prosecco for a week definitely made the situation a whole lot better!

Lessons learned from getting robbed in Italy

Read next: Travel Mishaps We Made in Montenegro and How to Avoid Them

What is your worst travel experience?

If you found this post helpful, PIN or save for future reference with the above image 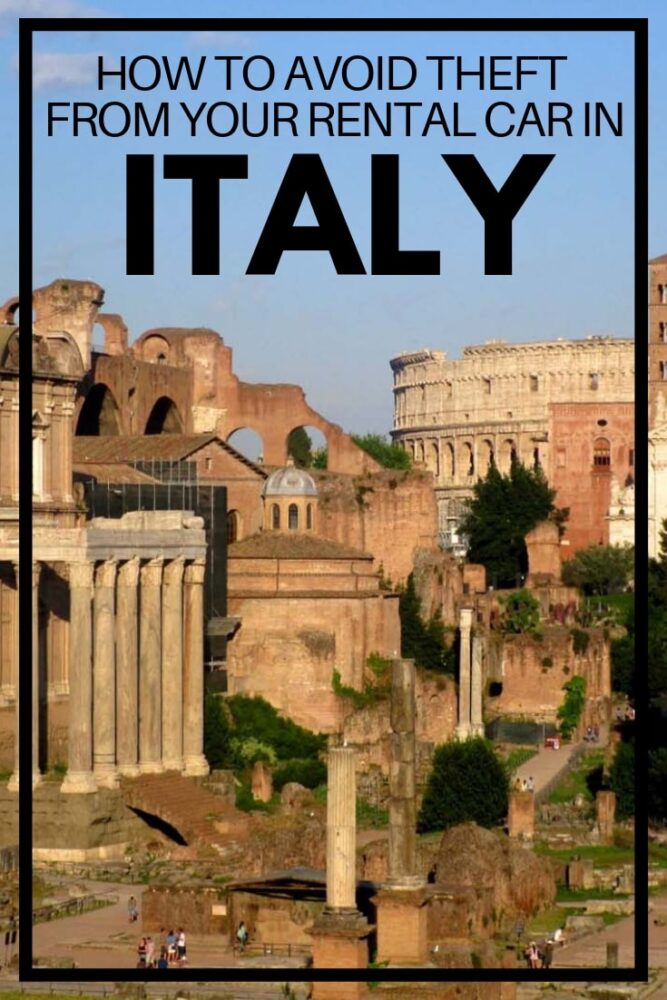 9 thoughts on “Our Worst Travel Experience – Getting Robbed in Italy”