It’s been difficult to sit on this news for so long; I’m so excited I finally get to share it with you! As of November 30th, we will be travelling full-time again, primarily in our new van.

I say ‘again’ because we’ve  packed up our lives to travel before. Several times in fact. This time, however, will be a little different.

This time, we’re not sure when or where we will stop. And that to me, is probably the most exciting thing of all!

December may seem like an odd time to set out on the road but we’ve got a good reason for it. We’re both going to be spending Christmas with our families at home for the first time in over six years!

Jean Robert will be in New Brunswick, Canada, while I will be across the pond in the UK. My flight to London leaves from Toronto in mid-December. Have you noticed a problem already? Yep, Toronto is approximately 4,000km away from our current home in Penticton, British Columbia.

So we have a little bit of a road trip ahead of us. I had wanted to drive all the way to New Brunswick with JR but flights from Toronto are much, much cheaper so we settled on a compromise.

It also gives me just enough pre-Christmas time in the UK to get into the spirit of the season there. In the New Year, JR will be joining me in the UK via a short detour to France and Luxembourg. 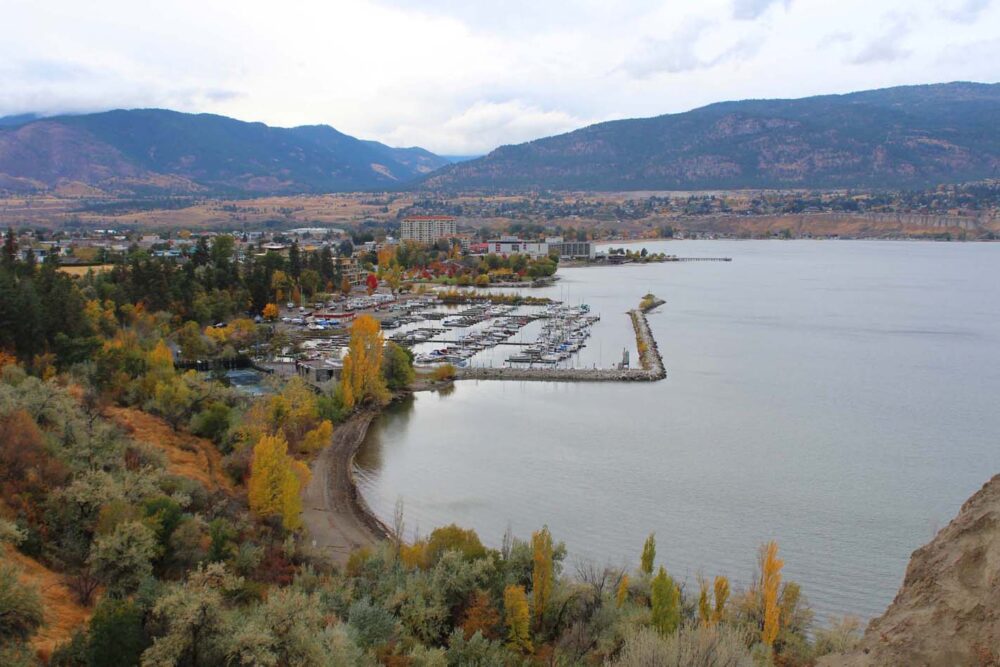 Next up: Converting the van in New Brunswick

Come February, we will both be back in JR’s home province of New Brunswick. Our main aim for the rest of winter will be to convert our Savana van to get it ready for long-term living and travel use. It will be the biggest, most comprehensive and highest specification van conversion we’ve ever done.

Being that it doesn’t really get warm in Eastern Canada until at least May (so JR tells me at least…), we’ve got plenty of time to work on it and get the finish we are looking for.

Our time in New Brunswick won’t be entirely about the van though; I hope to still fit in some snowshoeing, snowboarding, cross-country skiing and even some ice fishing!

Read next: A Tour of our DIY GMC Savana Van Conversion 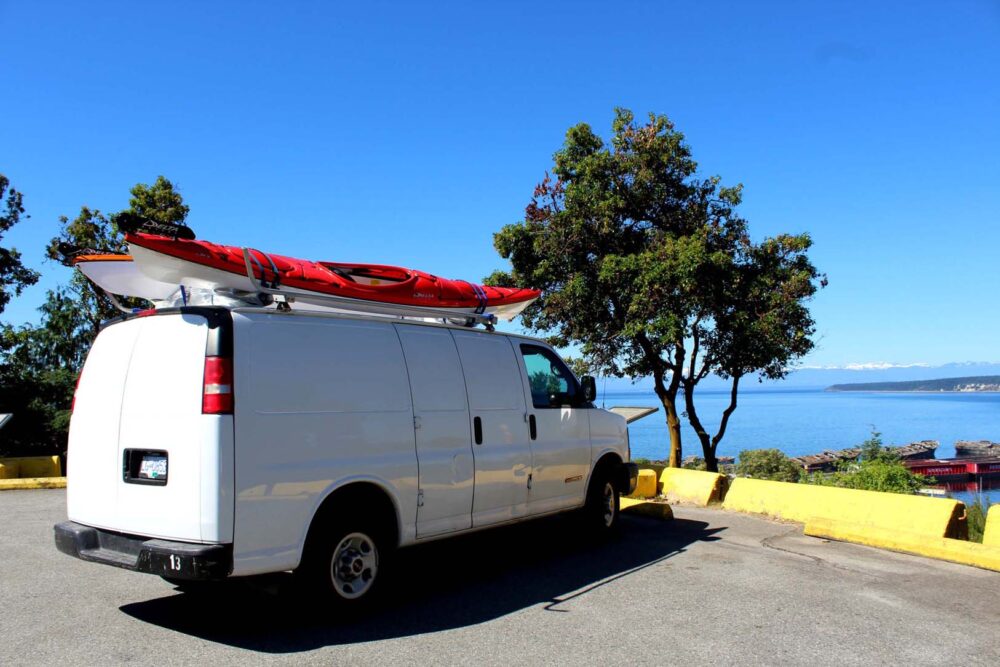 Once the van is finished and the weather starts to warm, our life on the road officially begins. Being that we’ll be leaving from New Brunswick, it makes sense to stick around and explore Eastern Canada first. After six years on the West Coast, I’m looking forward to experiencing the ‘other side’ of Canada!

We have quite a long wish list of places to do and things to do, but suggestions are MOST welcome. Leave a comment below with your recommendations for beyond the beaten path gems in Ontario, Quebec, NB, PEI, Nova Scotia and Newfoundland!

Leaving our home in Penticton

It may not surprise you to learn that our plans to start travelling again have been delayed a few times. First, we were going to leave Penticton in February. But time sneaked up on us before we knew it and we decided it just felt too early.

Besides, our bank accounts were going to take a big hit after our month-long trip to Australia in Feb/March. We set the new date to be at the end of May. That departure date also came too fast.

Spring in British Columbia was wet and cold (totally uninspiring for travel!) so we decided to stay in the southern Okanagan for another (hopefully) long, hot summer. After all, this is the reason we moved here in 2015.

That long, hot summer came with a few issues (flooding! wildfires!) but we still had a lovely summer with lots of paddling, swimming, wine tours and visitors. We managed to fit in three equally amazing backcountry trips (Desolation Sound, Valhalla and Manning Park) plus some epic day hikes and a work trip to Utah.

All in all, we’re glad we stayed. But now, it is most definitely time to leave. We’ve got the same two and a half year itch we felt in Courtenay back in 2014. The world is too exciting and too beautiful for us to stay in one place for so long.

Read this for more of beautiful Penticton: 73 Things to do in Penticton and the Southern Okanagan

Working on the road

As mentioned, we’ve packed up our lives to go travelling before. We’ve basically been following a work-travel-work lifestyle ever since we met (JR was actually doing this for years before too).

After so many years of this, it’s time for something different. We’re going to work on the road.

The main method for us to work on the road will be online. Over the last few years, I have been building an online income, earned via freelance writing, eBook sales and advertising income from this site.

I hope to continue to grow this in the hopes that we can cover all of our basic day-to-day needs (and save a little!) while travelling and living in the van.

The second method is quite literal work on the road. As and when is possible and is needed, we hope to pick up temporary work. Since we are starting our journey in Canada, this should be reasonably easy as we can legally work here.

So while we don’t intend to stop again for another long period of time as we did in Penticton and Courtenay, we may pause travel for a few months here and there. We’ll see how it goes! 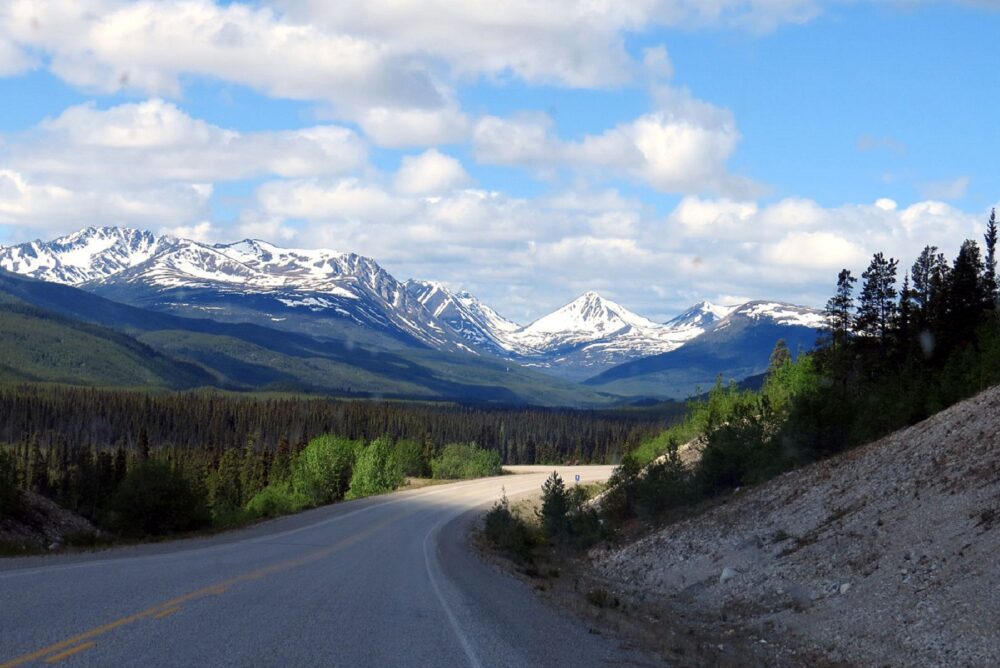 Looking to the future

Beyond the plan outlined here, we don’t have a long-term itinerary. And this makes me feel pretty happy! Who knows where we’ll be at this time next year? I hope you’ll virtually join us on this journey! Expect lots of interesting new content from across Canada over the next few months.

Don’t miss an update by subscribing to our email list – simply enter your email address in the form at the top of the page or in the sidebar. Be sure to follow us on Facebook for real-time updates and photos!

12 thoughts on “Life Update: We’re Going On the Road…Indefinitely!”