Just an hour’s drive away from Halifax is Wolfville, a little gem of a gateway to the bountiful Annapolis Valley.

Perched at the edge of the awe-inspiring Bay of Fundy (those tides!) and surrounded by a patchwork of farms, vineyards and fields, Wolfville mixes the wildness and abundance of nature with a surprisingly hip small town feel.

The presence of Acadia University undoubtedly helps keep things vibrant but it is definitely not the only reason. To me, it says a lot about a place when so many of the students decide to stay in town for the summer rather than return home.

We, too, were won over by Wolfville on our recent visit. Keep reading to find out about why Wolfville is the perfect weekend getaway from Halifax or an essential stop on any Nova Scotia road trip.

Published July 2018. This post includes some affiliate links. If you make a purchase or booking via one of these links, I may receive a small percentage of the sale at no extra cost to you.

Wolfville is a small town in the Annapolis Valley of Nova Scotia, Canada. It is about 100km northwest of Halifax, easily accessible by the fast Highway 101. The town sits on the edge of the Minas Basin, part of the Bay of Fundy.

Things to Do in Wolfville, Nova Scotia

For a place with a year-round population of only around 5000 people, Wolfville kicks well above its weight on the ‘things to do’ front. Here is just a taste of great places to see in Wolfville, Nova Scotia.

The area surrounding Wolfville is home to the highest concentration of wineries in Nova Scotia. The easiest (no sober driver needed!) and most rewarding way to go wine touring in Wolfville is by taking the Magic Winery Bus.

This vintage British double-decker takes guests on a unique hop-on hop-off trip around five local wineries, each with a distinct style and character.

Unlike traditional wine tours (that tend to feel quite hurried and displaced), the Magic Wine Bus experience provides a more in-depth look into the Nova Scotia wine industry and the passionate people defining its success. Plus, our tour guide was pretty hilarious, to say the least. A good time guaranteed!

If wine isn’t your style, there are plenty of tasting alternatives. This region has long been a favourite for apple growing. Right on Wolfville’s Main Street is the stylish Annapolis Cider Company, open for tastings and tours seven days a week.

Be sure to try to their blueberry pale ale, made with locally sourced fruit.  For something stronger, take a trip to Tangled Garden and peruse delicious fruit and herb liqueurs.

One of Wolfville’s more sobering attractions is Grand Pré, a National Historic Site that immortalises the 2000 strong Acadian community that lived here in the mid 17th century.

Originally from France, the Acadians claimed their new home as ‘Acadia’ and created fertile farmlands by pushing back the Fundy tides with ingenious dyke systems.

Determined to stay politically neutral during the New World land wars, the Acadians were deemed to be a threat and were forcibly marched onto boats and deported by the British in 1755. The site includes an interesting exhibition, movie, memorial church and beautiful gardens.

With so many annual events and live music happening, Wolfville is a happening kinda place. One of the most unusual events we heard about during our stay in Wolfville was the Devour! Film Food Festival.

A railway line once connected Wolfville with cities as far afield as Yarmouth and Halifax. A multi-use trail now runs parallel to the old tracks, offering coastal views plus convenient access to the Farmer’s Market and other downtown attractions.

Information boards can be found along the route, plus a full-size piano for playing. The heritage station building on Elm Avenue is now the local library.

I don’t think I’ve ever recommended visiting a university campus before, but Acadia is worth a look. Think smart brick buildings with snaking ivy, imposing columns and lots of greenery. The student population is about 3000 full-time students.

If architecture is your thing, you’ll also notice plenty of heritage buildings when travelling through Wolfville’s main drag. One of the most prominent is the sunny yellow Randall House Historical Museum just before Wolfville’s visitor information centre.

Wolfville’s colourful downtown has plenty to offer for browsers and café lovers alike. With few big box names and chains (besides the customary Tim Hortons of course), it would be easy to while away a few hours on the main drag.

Celebrate summer as the locals do with a tube trip along the Gaspereau River. After drifting 2.5km along the lazy Gaspereau, be sure to get out at the Greenfield Road bridge. Keep in mind that consuming alcohol on the river is against the law and the local RCMP do occasionally drop by.

Parking can get difficult but be careful not to block the road or cause an obstruction. For more info about current river conditions, check the Gaspereau River Tubing Facebook group.

The Wolfville Farmer’s Market runs every Saturday morning year-round in an old apple warehouse ear on Elm Avenue. During the summer, there is also a market on Wednesday evenings.

Local cheesemakers mingle with wineries, brewers and bread makers, plus a number of unique take-out food options such as freshly made pasta and crepes.

Some of the booths rotate with different producers at each market and there are also weekly features, highlighting the range of goods on offer. During our visit, it was fermented foods (sauerkraut, wine and beer, oh my!)

Food of the Annapolis Valley

Aside from the Wolfville Farmer’s Market, there are a few other ways to try local Annapolis Valley food. Strawberries, apples and pumpkins can be easily found (in-season) at U-Picks and roadside markets around Wolfville. Further afield, there is a larger selection of berries plus peaches, plums and veggies.

Further afield: More things to do around Wolfville

Get out of town and enjoy the beauty of the Annapolis Valley!

If you have time to see just one place outside of Wolfville, head to Look-Off. Only a 20-minute drive from Wolfville is one of the best views in the Annapolis Valley. The quite literally named Look-Off delivers incredible panoramas of the Bay of Fundy and surrounding patchwork of farms.

Look-Off can be found to the north-west of Wolfville and is well signed when leaving the town on Highway 1 (search ‘Look-Off Nova Scotia’ on Google Maps).

For good reason, the most popular day hike in this area is the 16km return trip to Cape Split. For the main part, this easy trail is unremarkable, travelling through a forest without many views. And then you reach the end.

The rugged tip of the Cape dramatically falls into the Bay of Fundy, offering beautiful panoramic views of the ocean.

Read Next: 13 Fast and Fun Hikes in Nova Scotia, Canada

If the 16km long Cape Split trail feels like a little too much, a good alternative is Blomidon Provincial Park, on the other side of this jutting peninsula. In addition to a mostly wooded campground, there are also several short hikes to try.

Nova Scotia’s very own flowerpot rocks (a la Hopewell Rocks in New Brunswick, without the crowds) can be found at the curiously named Burnt Coat Park in Noel.

The world’s largest tides (recorded as an amazing 16m) leave towering red rocks with green ‘hats.’ At low tide, it is possible to walk on the ocean floor.

Foodies should be sure to take a trip to the Port Williams area. Sample artisanal cheese at Fox Hill, eat freshly made pasta at the Noodle Guy, learn about bees at Wood n Hive Honey and sip locally crafted gin and vodka at Barrelling Tide. And that’s just a taste of what is on offer (pun intended)!

Located just off the Highway 101 in Windsor (exit 6), Fort Edward was built in 1750 to protect the direct route to Halifax from the Bay of Fundy.

Sadly, it was also used as a detention area for Acadians during the deportation. Still standing on this Historic Site today is the oldest original structure of its kind in Canada.

Where to stay in Wolfville, Nova Scotia

With so many heritage buildings in and around the town, the mainstay of accommodation in Wolfville is homey B&B’s. For something a little different, check out MicroBoutique Living in the centre of downtown.

These modern, self-contained studio, 1 bedroom and 2 bedroom suites are incredibly comfortable and well equipped with all mod cons, including those you didn’t know were missing in your life until now (a shower with a built-in radio? Yes, please).

Almost all suites have a good sized balcony, with some looking out directly onto the Bay of Fundy – the upgrade is well worth it.

Walk from MicroBoutique Living to everywhere in town, or (as we did) further afield to Lightfoot & Wolfville Vineyards, just 2km down the road.

Big thanks to Tourism Nova Scotia, the Magic Winery Bus and MicroBoutique Living for making our stay in Wolfville possible. For more info about travelling Nova Scotia, check novascotia.com or call 1-800-565-0000 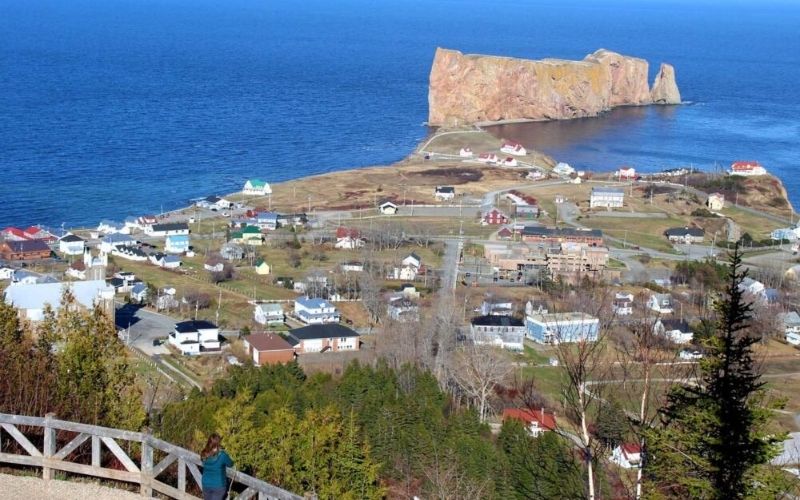 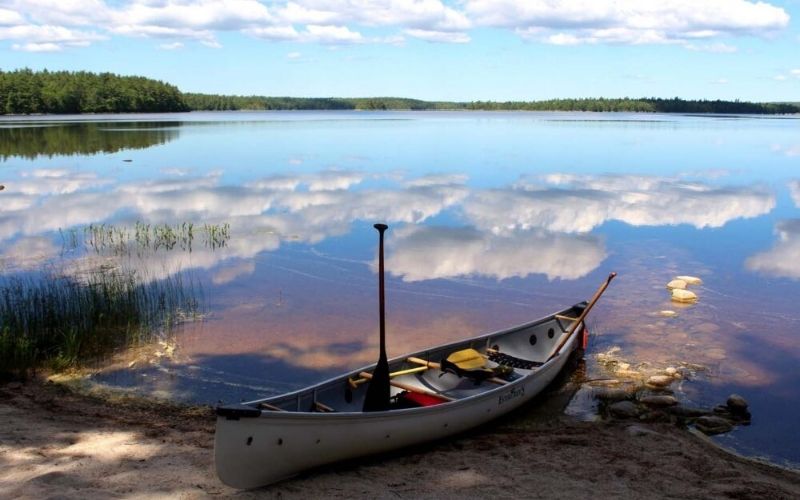 Next
Canoeing in Kejimkujik National Park: A Must Do in Nova Scotia
Click here to cancel reply.

Great article you have the wrong link for wild lily store.