Over the last few winters, I’ve developed a bit of a thing for snowshoeing. The gateway was snowshoeing at Big White last Christmas and every experience since has just encouraged the addiction.

Despite learning to snowboard, I’ve still never been one for speeding through powder. I like to take my time and enjoy the view. Snowshoeing, then, is perfect for me. Especially when its as beautiful as snowshoeing at Halcyon Hot Springs in British Columbia.

Published 2016. There are affiliate links in this post. If you make a qualifying purchase through one of these links, I may receive a small commission at no extra cost to you.

A bit of history of snowshoeing

The function and design of snowshoes is simple. To be able to float on top of deep snow, surface area must be increased. There have been animals who have evolved over thousands of years to have larger feet to enable efficient movement through deep snow. The snowshoe hare is one of these such animals.

It is said that humans created an early form of snowshoes before the invention of the wheel. The developed snowshoe form that is so familiar today (similar to large tennis rackets) was created by the First Nation tribes of North America.

European settlers used the idea to explore and hunt across the continent. Though they may not be made of wooden frames and webbing nowadays, snowshoes are intrinsically connected to Canadian history and culture.

Looking to take up snowshoeing soon? All you need is a pair of snowshoes to start

Read next: 65 Cool Things to Do Across Canada This Winter

Snowshoeing at Halcyon Hot Springs, BC

Our trip to Halcyon Hot Springs near Nakusp was timed exceptionally well for snow. It started snowing almost as we arrived and continued through the night. A foot of powdery soft snow awaited us outside our cosy cabin the next morning.

After an early morning dip in the luxuriously warm pools, we went for a little walk around the grounds of the resort. The roads had been cleared quickly but there was still plenty of snow everywhere else. Time to go snowshoeing at Halcyon Hot Springs!

There had been no other guests walking the resort’s ‘Lakeside Trail’ that morning. Probably not the day before either. The trail was defined but bumpy with snow. Some sections contained knee height powder or more.

A couple of small streams were flowing from the road above but disappeared as they met the trail. The snow sparkled as the sun continued to push out of the clouds. Blue sky and snow? My favourite combination.

A side trail led to the beach and Upper Arrow Lake. The transition between ‘trails’ proved a little tricky, with the steep descent being hidden by more than a foot of snow. Nevertheless, we made it through the snowy trees and stumps onto the beach.

I say ‘beach’ but it was hard to confirm what was under the great expanse of snow. Whether it was sand or rock underneath, Halcyon’s beach must certainly be quite an attraction on those hot summer days.

Looking down and across this huge lake, there was nothing to see but mountains and miles of snowy lakeshore. From our position, it wasn’t even possible to tell that we were just below a resort. If we hadn’t known it, we could have been in the middle of nowhere.

The only giveaway was the lake pontoon that had been pulled onto shore for winter ‘storage.’ Following the trail a little further before heading back to our cabin, we said goodbye to the lake and the wonderfully light, deep snow we found there.

A roadside ice sculpture near Nakusp

Our snowshoes came in handy on the way home from the hot springs too. Not far south of Halcyon Hot Springs is a small rest stop. This rest stop would be fairly unremarkable if it wasn’t for a lovely little waterfall.

The waterfall was, of course, mostly frozen during our January visit. The parking lot was also completely covered in that same foot of snow that had fallen a couple of days before. Out came one pair of snowshoes from the car to again make tracks.

With the rising temperature over the last 24 hours, there was a fairly fast stream of water flowing behind the front facing ice. The waterfall was still very pretty and it had been worth the very short snowshoe in.

The downside of this snowshoe detour was when I dropped my sunglasses without noticing. At least I got to see the waterfall again when I came back to get them! 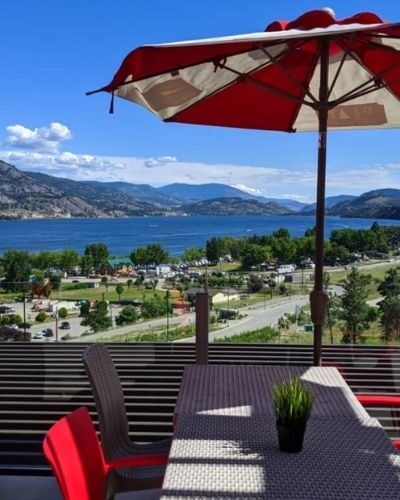 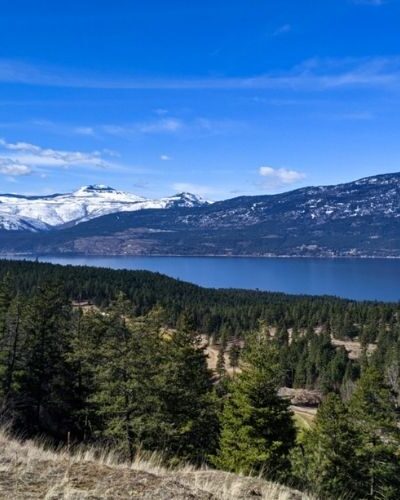 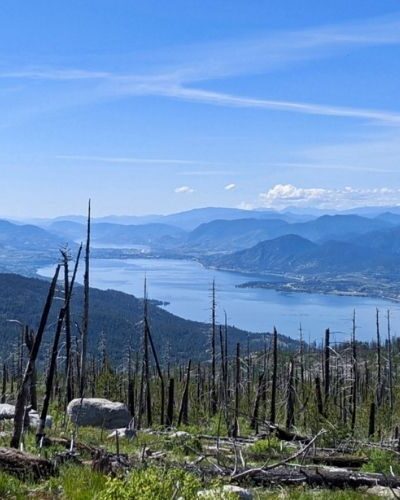 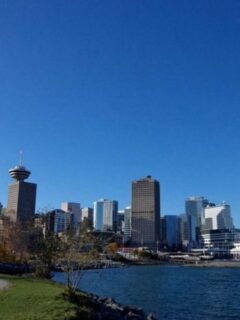 Previous
Arriving in Vancouver for an IEC Working Holiday: A Guide 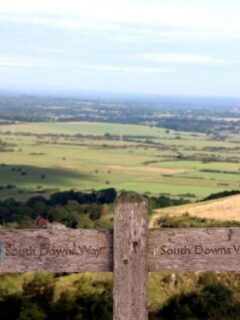 Next
A Guide to Walking the South Downs Way, UK
Click here to cancel reply.