Buying a car in New Zealand was one of the best things I did. I really didn’t intend to buy one at all; in fact, I was pretty against it for my first few months in the country. I assumed it would be too much hassle, too expensive and besides, what did I know about cars?

Yes, my $400 car a few times, didn’t end up being SO cheap in the end, and I still don’t know a thing about cars, but it was so worth it – I went where I wanted when I wanted, and had such a fantastic experience doing it.

Whether you’re just visiting for a few months or living in NZ for a year, then I really would urge you to throw the bus timetables and route maps out, and go your own way.

A plentiful market of second hand cars in New Zealand

There is a huge market for budget second-hand cars in New Zealand, including those bought and sold by backpackers.

If you decided to watch hostel noticeboards and online adverts closely over a long period of time, you would be able to spot the same vehicles coming up for sale again maybe every six months, a year, two years.

Not only is the market for cars booming, there is also a large number of home-converted (as well as professionally done) campervans being consistently bought and sold every winter and summer season.

It is not unusual to find fully-equipped converted vans complete with bedding, cooking pots and pans, AC adaptors (to charge laptops/phones), camping gear, guide-books/maps as well as station-wagons with merely a mattress slung in the back.

You only need to take a quick look on the NZ BackpackerBoard’s Car/Campervan noticeboard. Another good place to look is BBH’s billboards.

Practicalities of buying a car in New Zealand

For most visitors, you can drive on your home license for up to a year. If it’s not in English, make sure you have an accurate translation. If you’re staying for longer than a year, you can apply for a NZ license, as long as you have I.D. (passport) and proof of address in NZ.

For more info have a look on the Transport Agency’s website. Note that it’s not necessarily cheaper to buy a diesel car since owners have to pay additional road user charges per every 1000 kilometres!

Wondering if you’re up to driving in NZ? Well, I had limited driving experience in the UK since I’d only passed my test the year before and didn’t own a vehicle of my own yet.

I LOVED driving in New Zealand – the roads are quiet, in good condition and there aren’t many of them (making navigation easy, especially outside of cities). One thing though, New Zealand roads are WINDY (as in curvy, not blowy).

Do not underestimate this. Certain journeys will take you much longer than you would have expected, and it can get tiring. Allow lots of time to get to your destination, especially if you’re in a mountainous or rural area.

I found it all part of the fun personally, but it’s pretty important to know this if you’re on a bit of a tight schedule….or just end up staying in some places longer than you expect! New Zealand does not have many freeways/motorways, the only ones are found in the larger cities and are neither very long or big.

Most ‘main’ roads are single carriageway roads, which you can overtake only in appropriate places (when it’s not too windy). There are single road bridges and seemingly endless gravel roads…but again, this is part of NZ’s appeal to me. If you don’t like it, stick to Highway 1 and miss out!

They changed the rule at the end of March 2012, so that right turners have to give way. Logical!

The value and price of vehicles does vary depending on the season – in December and January prices will be severely inflated due to it being the high season, while in April and May you will have pick of the bunch as this is the time when many travellers leave before winter comes.

I was told so many times that I wouldn’t find a car for under $1000 (regardless of how good it was!) when I was looking in Christchurch, but I did.

I bought my car for $400 from a local resident rather than a traveller, and hence the prices was relatively ‘normal’ for this time of year. Realistically though you should budget $1000 for a car, and $4000 or so for a campervan.

Bear in mind that you could always grab a deal, as often travellers don’t leave enough time before they fly out to sell their vehicle…and hence need to sell it fast. I’ve heard stories of travellers buying a car for $50 or for the price of a beer…and even one where the seller just pinned the car keys to a hostel noticeboard before leaving for the airport.

Read next: 5 Lesser Known Places In New Zealand You Must Visit

Looking for a car

If looking online, then check the BackpackerBoard and BBH listings as well as TradeMe. In person, look at hostel and local (like in supermarkets) noticeboards, roadside sales and newspapers adverts and think about taking a trip to the local Backpackers Car World if in Auckland.

Don’t just look at your hostel’s noticeboard, visit others – (obviously ask at the front desk before wandering in!), I remember the YHA in Christchurch had an especially large one. Talk to other travellers – you might be in luck and find someone in your hostel selling a vehicle, or knows someone who is. Of course there is always the last resort of a car dealer too.

When you’re looking, keep in mind the car will need to have a valid Warrant of Fitness (WOF) and tax after you’ve purchased it. The WOF is a compulsory six monthly (yearly if it’s a new car) test ensuring a minimum standard of roadworthiness.

It is therefore preferable for you to find a car with a good amount of time left on the WOF certificate, or be prepared to put it through the test and possibly pay for repairs/improvements.

Tax is of course evitable wherever you are in the world, and NZ is no different. It’s referred to as licensing fees (or just car/road tax) so the more your potential car has, the better.

Purchasing a car in New Zealand

Once you’ve found something that looks and sounds (I might not know much, but the sound of the engine is important) good, consider getting a legal check (Vehicle Information Report) and/or a pre-purchase mechanical check.

The former makes sure that the vehicle isn’t at risk of being repossessed (due to unpaid bills) or isn’t stolen. If that sort of stuff doesn’t worry you then don’t bother, it’s not compulsory.

To do one, you need the vehicle number plate (what it says, not the actual one…) and approx. $20. There are lots of companies offering the service online, as well as the Auckland Backpackers Car World.

A mechanical check….checks mechanical stuff (funny that), to see if there’s anything wrong with the car. It covers more legal and safety requirements than a WOF check does.

Even if a car has a current WOF, it might still be a lemon. Bear in mind that it still mind be a lemon AFTER a mechanical check – like mine! Checks cost anything from $120-$160 depending on the garage.

Once you decided to go ahead and buy it, then you will need to complete a form to state you’re buying it (registration papers) – you can get this from the PostShop (where you will also need to return it, with I.D) or do it online.

The seller will complete a similar form and post it off. The fee to buy a car is just under $10. Once you’ve handed the completed form back (or done it online) you will have a transfer receipt, which shows that you now own the car.

Further paperwork (just information really) follows in the post to the address where you registered the car – since I bought my car later on in my trip I used a friend’s address.

If you need to license the car (otherwise known as road/car tax), you can do this at the PostShop or online. The price depends on the type of car and how long you want to tax it for e.g. to license a petrol car for 3 months it costs just under $80.

See here for more info (though make sure you look at the licensing fees table). The licensing label needs to be displayed on your windscreen, much like the WOF one. Talking of WOFs, if you need to get one, they cost anything from $40-$60. Remember to get a new test done before your old certificate runs out!

It is not compulsory to have car insurance in New Zealand i.e. you can legally drive without any insurance at all. Really! Now, it is really up to you whether you decide to buy it or not.

Ignoring the fact the fact that the car you’re likely to have is not worth a whole lot (and hence maybe not worth getting fire/theft coverage for) it is important not to forget about the risk of accidents.

While you might not be thinking about yourself too much, consider other people – if you don’t have insurance and then have an accident with another vehicle, you will most likely have to pay out money to the other people involved. This is a very good reason to get insurance.

While you may question my logic, I decided to buy short term insurance to cover my South Island trip. My rationale was that I would be driving a huge amount during this time, while when I was back at my job a few months later I would be hardly driving at all, save for a few long day trips.

I purchased Third Party insurance with BBH – the hostel group – as it just seemed like the easiest option at the time since I could buy it at my hostel. You can now buy it online on the BBH website. I’m sure there cheaper or more extensive insurance policies out there, but as a quick fix this one isn’t bad! I never had to use it luckily.

So with that all done, you’ll have your own car – well done, you made a good choice and am now free to explore the wonders of New Zealand!

Check out these other New Zealand posts next 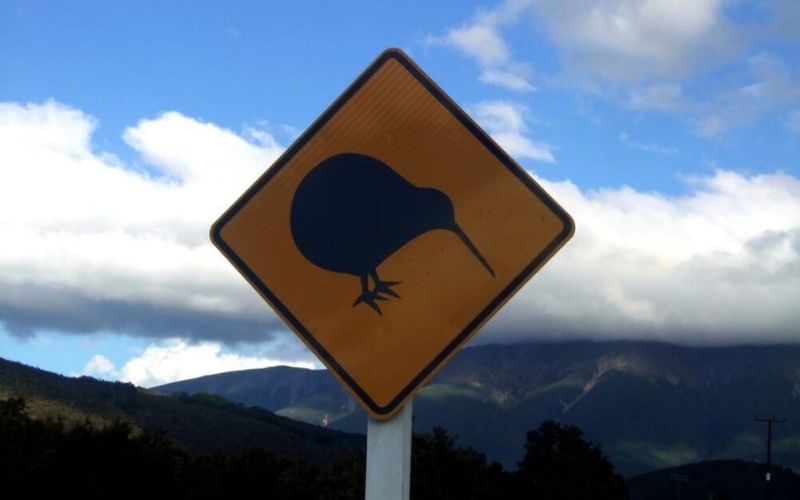 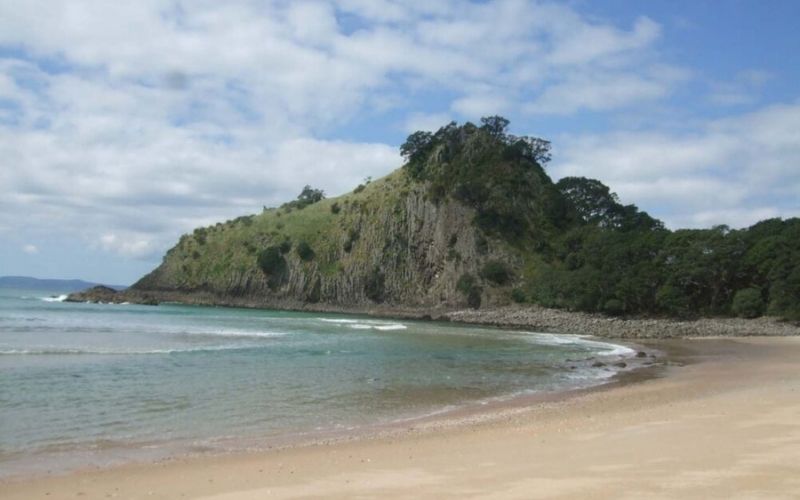 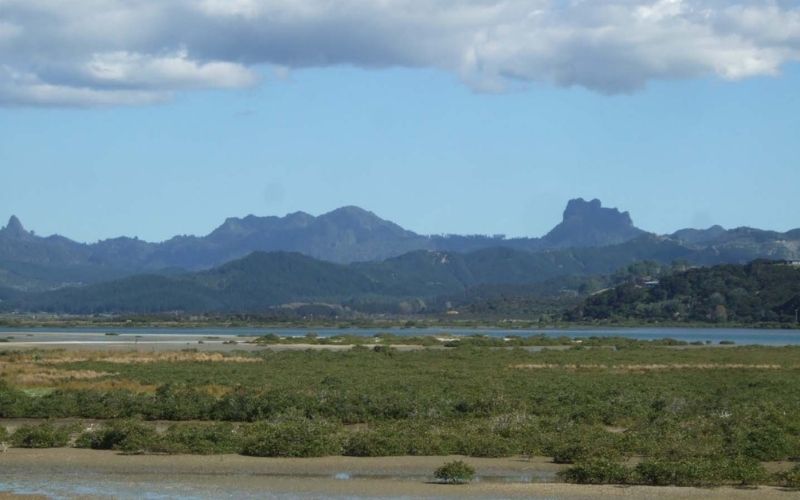